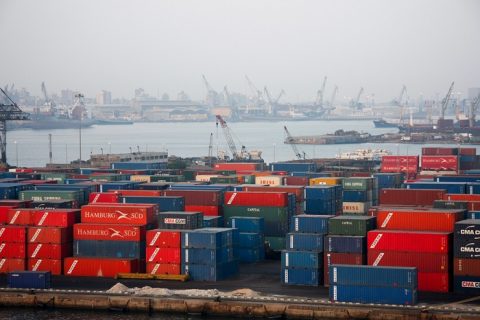 A bunch of 40-foot containers were transported from the port of Alexandria (Egypt) to the port of Poti (Georgia) and from there to Kazakhstan (Kostanay station) by rail. The specific transport route was used for the first time. The service included a sea leg between the two ports and then switched to rail using the Trans-Caspian International Transport Route. KTZ Express JSC and the international sea line CMA CGM were responsible for organising the service.

The trip concerned the transportation of construction materials and lasted 25 days. Even though the number of transported containers was not significant with just six, the service is important because it opens new possibilities for transit between Northern Africa and Kazakhstan.

For shipments between Northern Africa and Central Asia, it is usual for cargo to reach Russian Black Sea ports before onboarding the train to its final destination. That is why the specific service is a newcomer to the market. According to KTZ Express JSC, a subsidiary of Kazakhstan Railways, the customers chose Georgia and the Middle Corridor for the first time due to the competitive prices. This means that the solution is cheaper than the traditionally used and allows more customers to change their route and explore the Trans-Caspian Corridor.

Departing from Alexandria at the coast of Egypt, the containers were transported by a sea vessel towards the North-Eastern part of the Mediterranean Sea. After crossing Greek waters, the ship passed through the Dardanelles Strait, the Sea of Marmara, and the Bosphorus Strait in Turkey, before reaching the Black Sea.

Subsequently, it travelled across the Black Sea and reached the port of Poti in western Georgia. In Poti, the cargo was transshipped on a train that travelled through Azerbaijan and the Caspian Sea, reaching the coast of Kazakhstan and later its final destination in the country’s mainland.