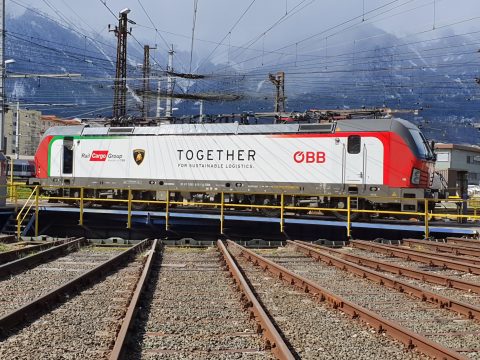 Lamborghini and Rail Cargo Group have set up a new logistics concept. The luxury cars giant will transport the Lamborghini Urus models by rail between their production site in Zwickau, Germany, and its parent plant in Sant’Agata Bolognese, Italy. The service will primarily use rail, with trucks involved only in the last 21 kilometres of the route between the Modena terminal and Sant’Agata.

The service’s transit time will be very competitive. Despite the two border crossings between the destinations, a complete trip will take just 48 hours. Moreover, the new solution will be a milestone for Lamborghini’s CO2 footprint. The company will completely change its supply chain in the region and shift its production from road to rail. Consequently, it will reduce its monthly CO2 emissions approximately by 85 per cent.

For the Austrian company, relocating more cargo from road to rail is a significant objective. By doing that, it wants to reduce the ecological footprint of transport as much as possible. Specifically, with new concepts, like that with Lamborghini, RCG aims to reduce Austrian transport’s yearly emissions by 1,1 million tons.

The bar might be set high; however, sustainability and green transport are among the strongest arguments in the rail sector’s agenda for shifting more cargo to rail. This discussion might not be new, but seeing market giants like Lamborghini onboarding trains could be a positive sign that rail is achieving its goals.