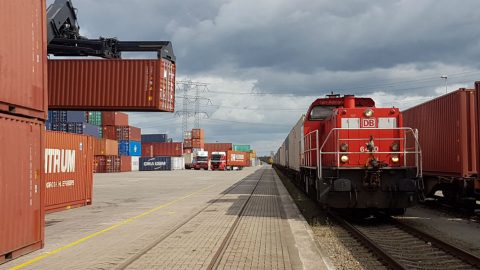 A new connection between China-Europe is in the works for DB cargo Eurasia. This time, the German operator wants to connect Łódź in Poland with Deyang in China. The first train between the two destinations arrived at the Polish city on 4 December.

In 2022 trains between Łódź and Deyang will become regular in the timetables, and the service will be stable. The German operator is yet to announce more details regarding its plans on the recently opened route.

Poland at the focus

Poland runs at the forefront of DBCE’s development lately. Of course, the country’s role on the New Silk Road is crucial, but DB Cargo Eurasia has paid a little more attention to it recently. Apart from Łódź, the port of Gdynia was also added to the company’s network a few days ago.

The first Xi’an-Gdynia train arrived in Poland just before Christmas and will also be a regular one. Apart from DBCE, other partners in the service include DHL Express and Langowski Logistics. For DHL, the new route marks the beginning of a fast connection able to carry substantial volumes and deliver a “stable and reliable service that shippers can count on”.

We might all remember Łódź due to the RailFreight Summit Poland 2021 that took place there last September. Despite the constructive two-days event and the interesting sessions and networking, Łódź is known for more reasons. It is a city that “lies in the middle of Poland, and Poland is in the middle of Europe, said the city’s deputy mayor Adam Pustelnik at the summit. “Our transport corridors connect to China and Germany, while we also have the Baltic-Adriatic corridor. It only makes sense that the cargo economy is a fundament of our growth”, he added.

Indeed, Łódź has been well connected for many years. The first train from China to Europe arrived in Lodz, and until today, the city is still a hub on the New Silk Road. Contargo/Hantrans and Spedcont have understood the location’s potential well and are active players on the Eurasian corridor. Specifically, Contargo/Hantran is currently building a new terminal in the city that will have a 100,000 TEUs capacity once completed. “As this is the eastern-most terminal of Poland next to Malaszewicze, it is a very logical place to be when it comes to China traffic, said Filip Grzelak, member of the board at Hatrans. ​​

Apart from good rail connections, the third-largest airport of Poland lies in the heart of the city, and its core business is cargo. “We are part of the ‘L cities’ that focus on air cargo, just like Liege and Leipzig”, noted Anna Mideira, CEO of Łódź airport. The plans of the airport look promising for rail too.