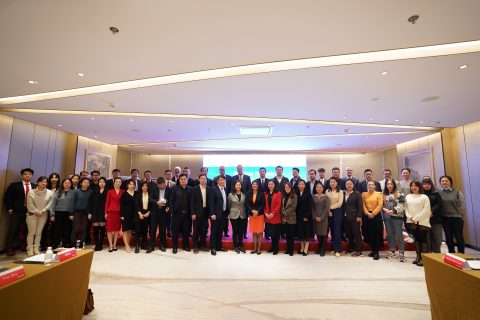 With its new subsidiary, DB Cargo extends its presence network to 18 European countries plus one, which officially is China. The company comes from a very successful year that resulted in its new Chinese headquarters and was accompanied by management changes that repositioned it to enhance its full potential.

Since September, DB Cargo Eurasia has had a new CEO. Andreas Lübs has been appointed as the company’s new chief executive officer after three years of service. He has been instrumental in developing and expanding the business on the Eurasian corridor. Before being appointed CEO, he served as the company’s CFO.

On top of that, a new face will take over the position of the company’s managing director of sales (CSO). Tabea Klang has proved herself by serving the DB Group for years from the roles of senior advisor to the members of the management board for freight transport at Deutsche Bahn AG and chair of the management board of DB Cargo AG. Her experience and five language skills will further advance the global network and international business of DBCE.

The second quarter of 2021 has been quite productive for the company. The operator launched five new connections between China-Europe, linking eight different destinations. Houma-Hamburg, Hefei-Wilhelmshaven, Xi’an-Paris, Nanjing-Tilburg and Xi’an-Tilburg are now part of the company’s network. The launching of all these new services took place between late May and early July. The new services are here to stay since they offer multiple trips and remain regular on the timetables.

The latest addition in DBCE’s Eurasian network is the Shanghai express linking the Chinese city and Hamburg. The first container block train from Shanghai reached the DUSS terminal in Hamburg on October 25. It is to be followed by many other westbound, and also eastbound trains, as it lauds in the beginning of a new corridor between China and Germany.