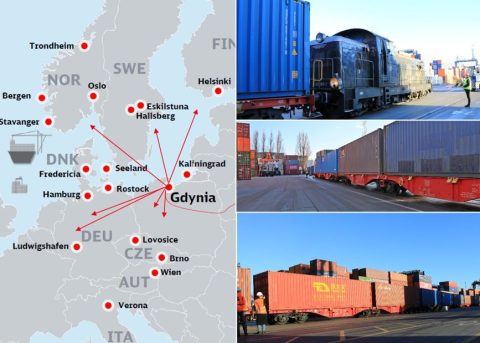 First China train to Gdynia is on the way

Poland was already well connected to China, but it is even better connected now. A new China-Europe train has been launched to the Polish harbour of Gdynia. In less than three weeks, the train covers the distance between Xi’an and the Polish city on the Baltic Sea.

“Just before Christmas, DB Cargo Eurasia is adding to its range of services between China and Europe and is now also on the rails from Xi’an in China to the Polish port of Gdynia”, it announced on Tuesday on Linkedin. “Santa is coming to town”, responded Thomas Langowski, CEO of Lagowski Logistics, one of the partners involved.

Gdynia is located 20km away from Gdansk and although a lot smaller in handling capacity than its neighbour, a nevertheless important Baltic port. It is the first time a direct train from China arrives in the harbour city. Most trains from China are routed to Malaszewicze.

Gdansk was already connected to China by rail. It acquired a connection in November 2019. The port of Gdansk pointed out at that time that although the port has viable sea connections with China, a rail connection is an added value to a multimodal supply chain, with short-sea connections to Scandinavian countries.

The route established by DB Cargo Eurasia is a regular one, with many more departures to come in the next year. DHL Express, which is also on the train, commented: “We used this Xi’an to Gdynia connection with remarkable volumes for our customers recently and achieved a 24 days (18 working days) end to end transit time with a short booking time window. Let’s continue delivering a stable, reliable service that shippers can count on. Sustainability at reasonable cost with speed, repeat.”