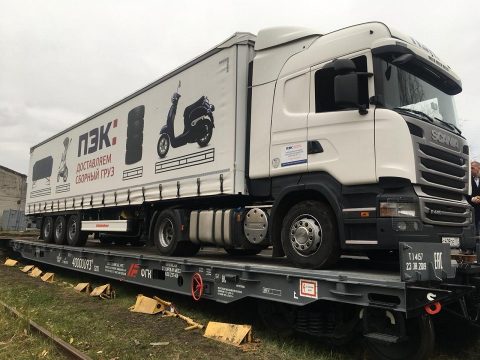 Federal Freight, a subsidiary of Russian Railways (RZD), has performed a test delivery using the brand new piggyback flatcar of 13-5205 type. With the help of the new wagon, the railway operator delivered an articulated lorry from Moscow to Novosibirsk. The new piggyback flatcar has been developed by Uralvagonzavod, especially for Federal Freight.

The new type of piggyback flatcar has a lowered floor. Therefore, it can be used for carrying not only articulated lorries, containers or tank-containers but for wheeled transport too. By adding special holders, it could be easily converted for carrying forest products. “This fully complies with the term of piggyback transportation”, noted Kirill Tomashchuk, the deputy director of Uralvagonzavod. The Russian manufacturer has assembled and patented the new flatcar last year. It is expected that Federal Freight will order over 1,000 wagons of the new type.

Federal Freight is developing piggyback transportation since the early 2010s. Earlier, the company performed several deliveries across Russia using other types of flatcars (including type 13-9961). Last year it transported an articulated lorry from Moscow to Kaliningrad. This ride proved the efficiency of the service. The lorry was delivered twice as fast than a road delivery. In December 2018 Federal Freight launched the first regular piggyback link between Moscow and Novosibirsk. 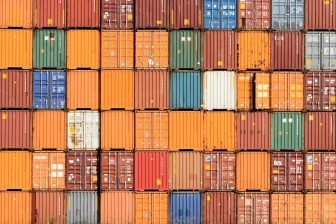