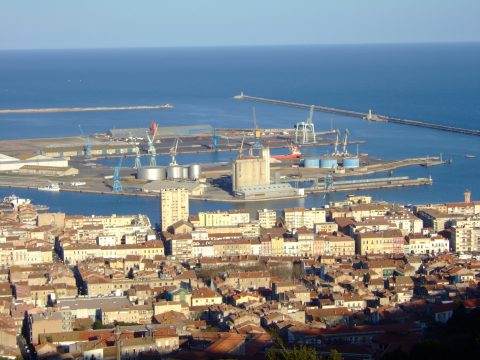 VIIA, a French transportation company, has launched a new rail freight service connecting the port of Sete, in southern France, with the Valenton terminal, 15 kilometres from Paris. This new connection is expected to boost the trade of DFDS Ro-Ro cargo coming from the Yalova terminal, in northwestern Turkey via sea.

The new service was inaugurated on 17 November. As a source from VIIA told RailFreight.com, there are three weekly roundtrips scheduled for now, which will double in January. Transit time between the two French destinations should revolve around 15 hours. As the VIIA source pointed out, these services were previously carried out via road.

The service is not only related to the transportation of Ro-Ro cargo from Turkey. As the source highlighted, in fact, the new connection will benefit “local volume from France and Spanish volume, considering that Paris is a strong consuming area”. When it comes to train returning from Sete to Paris, they will be loaded with industrial and automotive goods from Paris, Normandie and Hauts de France regions.

The shipping service between Yalova and the port of Sete is carried out by DFDS, a Danish international shipping and logistics company. There currently are three weekly roundtrips between Turkey and France, with sailing time around three days. With the new rail service, connecting Yalova to Paris should take no more than five days.

Interesting, as DFDS perfectly well, knows about logistics, thus about importance of high quality, at supply chains of Hemisphere – and that uniquely
SNCF separates passenger tracks from cargo.
For shift, needed, sooner the better, industry of railways, as well as IM:s, should learn, from modes proving high quality – from, other modes, which, all, decisively add load capacity – for sake of lower costs, etc.
(Nearness, to Market, by low risk supply chains, now is needed – and mere Goal of EU!…)