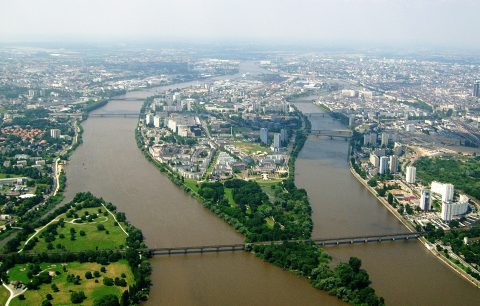 The new rail logistics area in Nantes-Blottereau, in northwestern France, was inaugurated Thursday, 17 November. The new facility, which replaced the one in Nantes-Etat, will be suitable for 750-metre-long trains and will be also used for track maintenance and regeneration operations.

The facility in Nantes-Blottereau covers an area of 31,580 square metres. More specifically, 5,300 square metres will be dedicated to loading and unloading processes and a new 18-kilometre-long railway track was built. Moreover, the new infrastructure should make it possible to absorb the additional traffic on the Nantes-Angers axis.

History of the Nantes-Blottereau project

Works for the new Nantes-Blottereau railway facility started in April 2019. The total investment for the project was 121,3 million euros, with most of the financing (70,8 per cent) being covered by the Nantes Métropole. The rest was divided among the Pays de la Loire Region (10,5 per cent), the State (10 per cent), and the French infrastructure manager SNCF Réseau (8,7 per cent).

The existing railroad bridge near the facility was replaced by a new, wider structure that will improve access to the Blottereau site for trucks, but also incorporate specific facilities for pedestrians and bicycles. To make up for the noise that will be caused by the activities in the facility, acoustic walls were built around the maintenance area. In addition, a new single signaling system was installed, which will replace the three which have been there since 1938.

The requalification of the former rail facility in Nantes-Etat, located on Ile de Nantes, will be soon completed as well. Almost half of the area will be turned into a green space named Jardins de l’Estuaire and another section will become a residential area. The remaining space will be used to create new north-south tramway lines. These projects should be ready by the beginning of 2023.

The Nantes-Etat rail station was closed in 1980 and, since then, the area was used only for the storage of freight trains. The building formerly used as a station was turned into one of the headquarters of the House of Trade Unions in 2001. Fun fact: some features of the old railway facility in the garden will be preserved and highlighted in the Jardins de l’Estuaire.