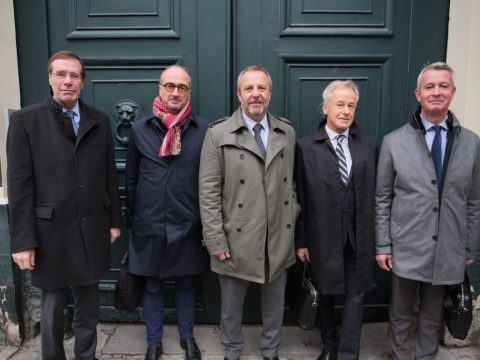 Major rail freight players in France presented new demands to Clement Beaune, the Minister for Transport, as Alliance 4F (Fret Ferroviaire Français du Futur) claimed. The main purpose of these demands is to make rail freight more competitive with road transport with subsidies and extensions of existing plans. The association will now await announcements from the government on concrete ways to support the sector.

Rail freight in France has been growing, slowly but surely, over the past couple of years. As 4F underlined, the modal share of rail freight has increased from 9.6 to 10.7% between 2020 and 2021, with combined rail-road transport growing by 16 per cent. On the other hand, 4F has highlighted that, in order to reach the goal of 18 per cent of modal share in 2030, state ais need to be maintained and all parties involved stick to their commitments.

The specifics of Alliance 4F’s demands

The main demands brought forward by 4F on Wednesday 16 November were three. First, they request a mechanism to help rail freight companies to cope with the skyrocketing energy prices. This is deemed necessary because, otherwise, much of the freight transportation would shift back to the road. Other than being significantly less sustainable, the French road freight industry is currently facing a shortage of over 50,000 truck drivers.

In addition, the association is asking the government to take important steps toward improving the French rail infrastructure. “The state of the French rail network is in fact today one of the most limiting factors for the development of rail freight and it prevents rail companies from meeting the growing demand from shippers”, 4F claimed.

The third demand entails the renewal of state aid to rail operators, 170 million euros per year, beyond the currently scheduled deadline of 2023. Alliance 4F is asking for the recovery fund, consisting of one billion euros per year, to be confirmed. Moreover, they are pledging the government to take a decision on an investment plan for the rail freight network of 3,5 billion euros between 2023 and 2030. On a side note, Beaune promised to visit a rail freight platform to better understand the needs of the industry.

It’s not the first request from Alliance 4F, and precedents do not help

Alliance 4F already complained about the different attitude the government has had in allocating state aid for road and rail transport. In April, in fact, the association asked the French government for 55 million euros to make up for the spikes in energy prices. However, this request was denied by the French cabinet.

Back then, 4F coordinator, Franck Tuffereau, commented that “the government is giving massive support to road transport. It is inconceivable that rail freight does not benefit from comparable measures”. This statement came after the government allocated 400 million euros to support road freight companies, causing a further disadvantage to the rail industry.

Quantity, hm…, but now quality is what matters!
Regrettably, Industry has “missed the train” – and Part too be blamed!
(All other modes upgrade for added capacity – and lower costs…
Broken rails shall ot remain cause number one of derailments, etc., etc.)
Those devices handsomely rewarded, by willingly paying clients, all – except railways – prove robust, redundant and resilent…
The vulnerable mode does not afford, current old, neither sustainable, nor optimal standards!
A shift is needed!