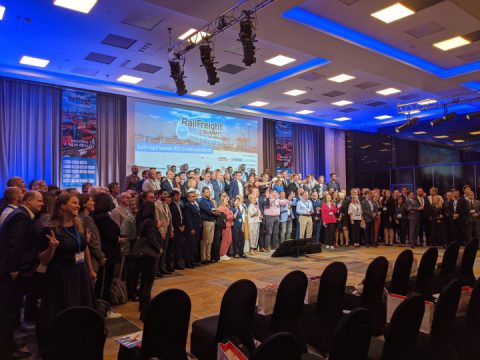 Rail freight headaches: what are the main problems for the industry?

During the first session of the RailFreight Summit in Warsaw, many speakers from various companies offered their insights on the main problems lying ahead for rail freight. Among the most relevant issues mentioned for the industry were construction sites causing bottlenecks, distrust from the customers, and the lack of competitive strategies when it comes to carbon neutrality.

Thees said that the industry should enter a new mindset that considers transport as more than just logistics. In fact, rail freight is increasingly intrinsic to international relations as well as national politics, especially in EU. Thees also stated that new programs should not only focus on improving the current situation but also prepare the industry for future possible disruptions and crises.

Schultze emphasised the importance of carbon-neutral combined transport for Europe. One of the solutions offered by Schultze is that the production of electricity necessary for shunting and traction should come from local, renewable sources. Moreover, he urged EU institutions to establish clear parameters for the P400 profile.

The main problems identified by the panel of experts were extensive construction sites, bottlenecks, and a general feeling of distrust from the customers. Koubek, who labeled these issues as “rail freight headaches”, started off by pointing out that one of the main issues faced by the industry is rail infrastructure.

Currently, there are too many construction sites that cause traffic congestion and restrictions. Grzesiok doubled down on Koubek’s statement by highlighting the various bottlenecks that further slow down rail freight such as, for example, Malaszewicze or the port of Trieste.

One of the solutions, seemingly inspired by the German rail prioritisation for coal, suggested by Koubek would be to establish a clear separation between passengers and freight trains. Such policies would allow for more freight trains to be prioritised.

Tabea Klang, on the other hand, claimed that customers are experiencing a lack of trust and hesitation when it comes to conducting business via Russia. However, she reassured that operations on the corridor are going quite smooth.

Hasenkamp concluded by stating that routes via the Polish southern border did not perform as well as expected. The main issues, according to him, are significant decreases in volumes caused by the sentiment of distrust that spread among customers.

1 comment op “Rail freight headaches: what are the main problems for the industry?”

Electrification, yes, but a timely!
Electrification, timely 100 years ago, no longer shall plague Industry and customers – of by far, the safest and most energy effective on shore device!
“Elephant in Room”, the high risks directly related some infrastructure technicalities, now shall be outed!
Rail, basics…, shall not remain by far most frequent individual cause for derailments, etc., etc.!…
Yes infrastructure, simply has to prove timely!
Dear IM:s, “Now tear walls down”!