Rail freight traffic in the southern part of Belgium is severely impacted by heavy rainfall. Railway lines are flooded, and sometimes completely washed away. The damage on the tracks is considerable, and it will take a while before traffic is back to normal, said infrastructure manager Infrabel.

While heavy rainfall gradually descreased in neighbouring countries on Wednesday night, in Belgium it continues to affect the infrastructure of the country. On Thursday afternoon, it is still raining, and there is no opportunity for the infrastructure manager to start repairing the damages suffered. Due to this, several railway lines are currently disrupted, many of them being part of vital rail freight corridors.

The North Sea Mediterranean corridor especially seems to be affected. Infrabel provided an overview of the affected railway lines that facilitate freight traffic. Many of these lines are part of this corridor, which connects France, Belgium, the Netherlands and ultimately the UK. Other lines are part of the Rhine Alpine corridor. The lines mostly run though Wallonia, where the rainfall is the most severe.

The following lines are currently closed for rail freight traffic:

Less affected is the region of Flanders, said Infrabel. “We are still able to operate trains between the ports of Antwerp, Zeebrugge and Ghent. All freight trains from these ports to France and the Netherlands (in both directions) are also still running”, the infrastructure manager said.

Also still accessible is the terminal Genk Freight, a freight station along railway line 21A (to Hasselt) and railway line 21C (to Bilzen) in the city of Genk, and an mportant local hub. Finally, there is also no interruption of transit traffic between the Netherlands and France that runs through Flanders. “All industrial customers in Flanders can be reached by rail”, according to Infrabel.

However, the lesser used Eijsden-Visé border crossing is unavailable up to till this point. The Dutch city of Eijsden was severely affected by floods on Wednesday, due to which the railway line is partly covered by water. Moreover, the Belgian province of Liège has been particularly hard hit by the floods. Many railway lines are under water or blocked by mudslides.

Infrabel regularly posts updates on its website. You can have a look here for more information. Note that the information on this page refers to railway lines in general, not rail freight lines in particular. For information about other international routes, also read this story. 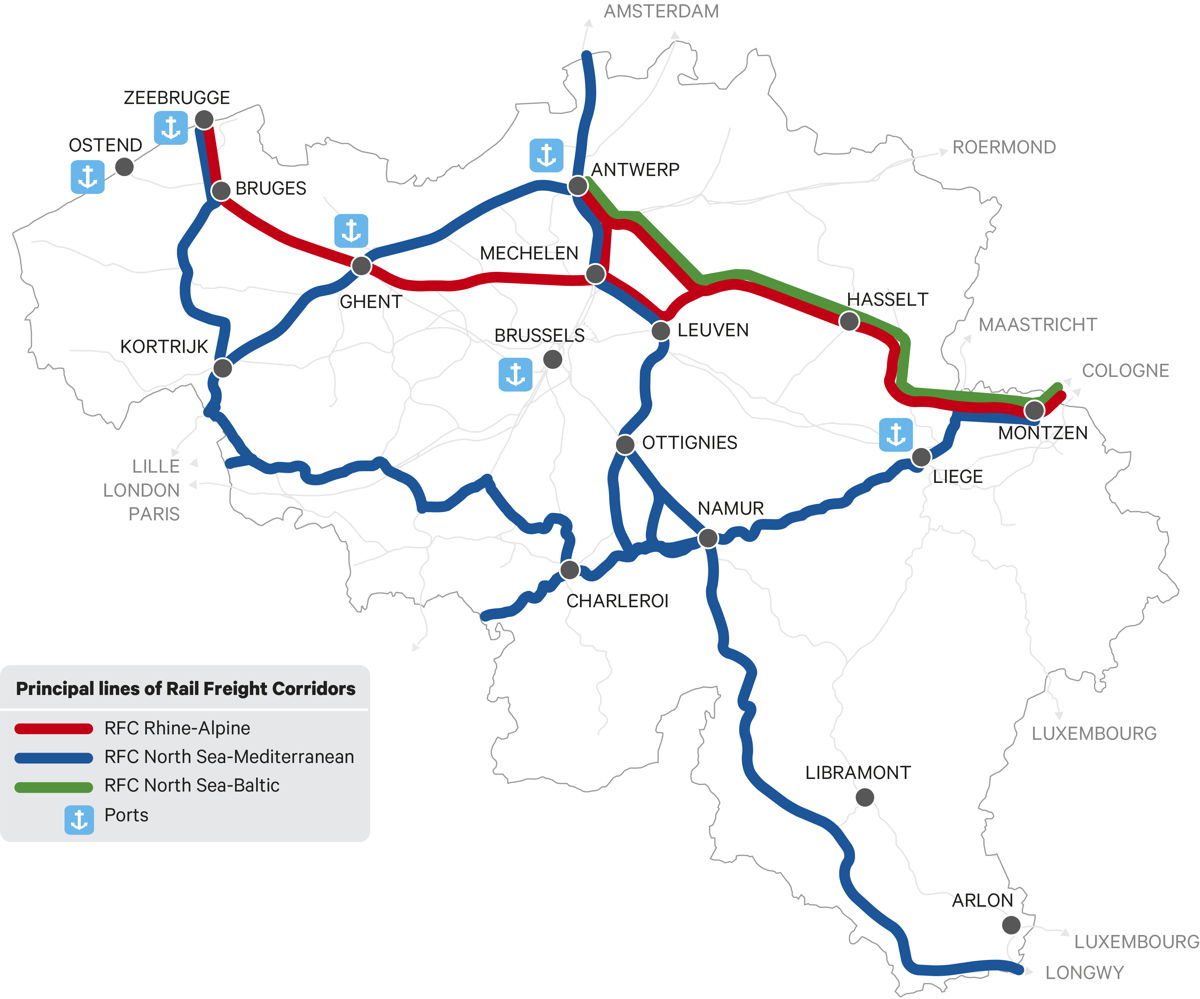