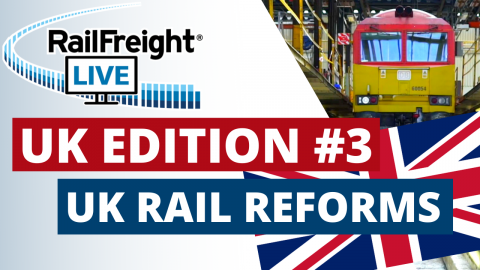 Britain’s railways face a major shake up, according to the contents of the recently published Williams – Shapps Plan for Rail. The changes to the managerial structure are top of the list of recommendations, and there is much strategic discussion in the paper. What though will that mean for the men and women who work in the sector, delivering the railway to a growing list of customers? Those points will be addressed this Friday in RailFreight Live by a panel of forward-thinking voices from the industry.

Last week, the long-awaited Williams Report was published. Now rebranded the Williams-Shapps Plan for Rail, to include the contributions of transport minister Grant Shapps, the report seeks to map out the next twenty years of rail development in the UK.

The recommendation of broadly bringing all the infrastructure and operations under a single body – nominally Great British Railways – has met with mixed reviews. Some have said the delay in publishing the report (it is over two years late) are down to this single recommendation, which flies in the face of EU requirements for track and train to be under separate management.

The proposed reforms will be discussed in the show on Friday with:

You can watch RailFreight Live this Friday 28 May at 1pm CEST on our Youtube Channel.