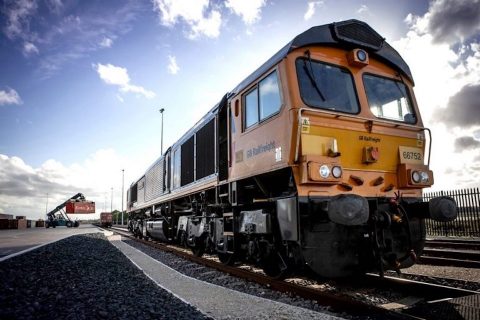 Great British Railways – the new name and the new structure for the entire industry in the UK. That is the headline for the sweeping reforms announced today (20 May) by the UK government. A white paper – a draft of legislation – has set out reorganisation plans that are being regarded as the biggest shake-up since the privatisation of the industry in the 1990s. The most critical change will be integrating infrastructure and operations under one body – Great British Railways – which means an end for infrastructure management agency Network Rail.

Based on the long-awaited Williams Review of the railways, the UK government has today published a white paper, mapping out its intentions for the future of the railway industry. Entitled the “Williams-Shapps Plan For Rail”, the white paper clearly emphasises the intentions of the current transport secretary, Grant Shapps. The report proposes sweeping changes to passenger operations, fares and timetables. It also recognises the role of freight in the national economy and addresses the sector in favourable terms. The suggestion is that the way rail freight operates will be subject to very little change.

“This white paper sets out our plan for a revolution on the railways in Great Britain”, says the official government statement accompanying publication. “It is based on the shared vision of Keith Williams, the independent Chair of the Rail Review, and Grant Shapps, the Secretary of State for Transport, to put rail on the right track to support the levelling up of our towns, cities and regions.”

The economic contribution of the rail freight sector is acknowledged in the report. “Freight is already a nimble, largely private sector market and will remain so”, says the white paper’s promise to keep what they call the best elements of the private sector that have helped to drive growth. “It will benefit from national coordination, new safeguards and a rules-based access system that will help it to grow and thrive”, says the report.

The white paper has not been met with universal approval. Mike Lynch, the assistant general secretary of the trades union RMT, called it a missed opportunity. “They should have gone the whole way and cut the private operators out. There’s no need for them. Instead of just being a commissioning agent, Great British Railways could have taken control of the train companies and run those services directly, which would be a much more efficient system and wouldn’t see profits directed at the state railways of other countries.”

However, the UK government says that the white paper shows how railways will become the backbone of a cleaner, more environmentally friendly and modern transport system. It is the passenger side of the industry, which will change radically. “By replacing franchising, accelerating innovation and integrating the railways, we will deliver an efficient, financially sustainable railway that meets the needs of passengers and those who rely on rail daily”, say government sources.

Representing the industry reaction at large, Darren Caplan, Chief Executive of the Railway Industry Association (RIA), said it was good to see the Williams Review published today, giving some certainty to the Government’s plans for the railways. “We are heartened that the new Williams-Shapps Plan for Rail is a 30-year strategy, which supports modernisation and investment along the lines of the RIA Rail 2050 manifesto we published in November 2019. As we argued then, it is right to take a long-term approach to smooth boom and bust and provide more certainty for rail schemes, decarbonise and digitalise the network, deliver major projects, protect and create jobs, and foster innovation and collaboration between railway partners.”

Among the stakeholders reacting to the publication, Mayor Dave Hodgson, chair of England’s Economic Heartland’s Strategic Transport Forum, said: this was a watershed moment for our nation’s railways. “Our railways must be at the heart of the country’s decarbonised transport system. We need the move to electrify the wider rail network taken forward at pace. We must continue to see investment in rail as a catalyst for supporting sustainable economic growth”, he said.

The report promises close engagement with the freight sector on fair access in the future and developing a growth target. Among the operators, GB Railfreight has reacted to the report. They’ve called for the appointment of a new dedicated rail freight ‘guiding mind’ to steer the sector through the next phase and assure future growth, particularly following the COVID-19 crisis. John Smith, their managing director, said the industry is at a critical point. “The decisions in the White Paper will have long-lasting consequences on all aspects, including rail freight. For this reason, GBRf is calling for the appointment of a dedicated ‘Freight Evangelist’ that can guide the sector into the next phase of our development.”

The report primarily covers operations in England. Around the UK, transport issues are handled by the governments in Belfast, Cardiff, and Edinburgh. While the reform, and eventual disbanding of Network Rail, will have implications across Great Britain, transport in Northern Ireland will remain autonomous. The rail network and other transport modes were not part of the privatisation elsewhere in the UK.