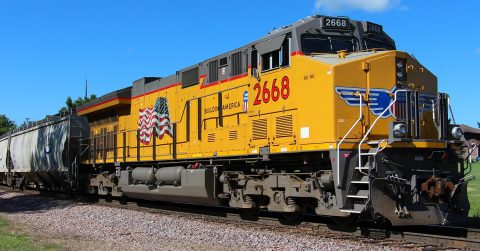 The situation concerning the railway industry in the US is still quite chaotic. Workers have seen their requests being rejected by both their employers and the government. However, it seems that a new player has entered the field advocating for them: the shareholders.

Concerning Union Pacific, the claim was brought forward by Trillium Asset Management (TAM), while for Norfolk Southern it was Impact Shares. Both investors group own less than 0,1 per cent of the respective companies. Representatives from both investor groups had the chance to comment at an Interfaith Center on Corporate Responsibility (ICCR) meeting on 2 or 5 December. ICCR is a coalition of shareholder advocates with over 300 members.

Kate Monahan, Director of Shareholder Advocacy of TAM, stated that providing railway workers with basic protection is not an insurmountable request. Monahan highlighted the fact that “railway companies have reportedly paid out $196B in stock buybacks and dividends to shareholders since 2010”.

Marvin Owens, Chief Engagement Officer of Impact Shares, pointed out that paid sick leave “should not be seen by companies as an expense, but as a prudent investment”. It remains to be seen whether or not the shareholders’ request will have an impact and cause a response from Union Pacific and Norfolk Southern.

What has happened so far?

Negotiations for a new collective agreement between the rail industry and the workers’ unions have started in 2019. Since September, however, the situation has precipitated and led to the US government blocking a nationwide strike. On 15 September, in fact, US President Joe Biden proposed a new agreement that included a 24 per cent wage increase over the next five years. On the other hand, the workers were asking for 15 days of paid sick leave per year.

Four unions out of twelve rejected Biden’s proposal and were threatening to go on indefinite strikes on 5 and 9 December. Negotiations kept on going poorly and a strike seemed behind the corner until US institutions intervened for the first time since 1991. The House of Representatives approved a bill to block the strike on 1 December. The very next day, the bill was signed off by the Senate and turned into law by President Biden.

Senator Bernie Sanders tried to intercede, submitting an amendment that included seven days of paid sick leave. The amendment was approved by the House but did not reach the majority needed in the Senate. The shareholders’ proposals just adds a player to a game that only the workers are losing.