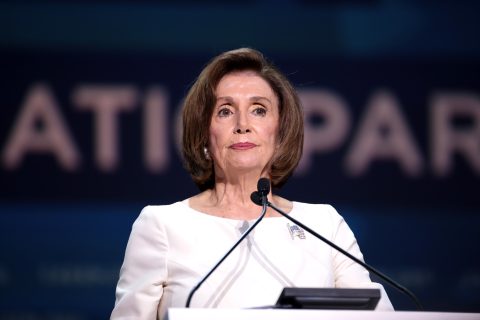 A massive rail strike in the United States is around the corner and politicians in the country cannot seem to find an agreement that would satisfy all parties involved. Workers and unions are asking for 15 days of paid sick leave, while the current tentative deal brokered by the White House in September does not include any. It is now up to the Senate to approve or block the House of Representatives’ proposal.

In fact, the tentative agreement guarantees one additional paid day off but does not make it easier for the workers. The medical care visits must take place on a Tuesday, Wednesday, or Thursday and be scheduled at least 30 days in advance. With developments occurring daily, we try to make sense of the events that might lead to an unprecedented strike.

The House of Representatives voted in favour of the implementation of the tentative agreement presented in September on Wednesday 30 November. Moreover, on the same day, the House voted for a partisan resolution to participate in the negotiations. The White House has stated that the president supports paid sick leave for all Americans, but does not support amendments that would delay the formalisation of the bill.

More specifically, the House voted in favour of the joint resolution named H.J. Res. 100 with 290 votes in favour and 137 against. The goal of this resolution is “to provide for a resolution with respect to the unresolved disputes” between the industry and the workers. Their claim is that not finding an agreement could “threaten essential transportation services of the United States”. This means that Congress could intervene and block the strike planned by some of the unions.

In addition, the amendment proposed by Senator Bernie Sanders to implement seven days of paid sick leave passed with 221 voting in favour and 207 voting against. However, it is not clear if this means that the amendment was officially implemented in the agreement. The last time there was an intervention of Congress in rail negotiations was in 1991, leading to a 3-day strike in June 1992. In that case, Congress reacted rapidly to forbid the strike and subsequent industry lockout.

On the other hand, Biden asked Congress to pass a bill that would force the railroads and the unions to adopt the new agreement. House Speaker Nancy Pelosi also pointed out the importance of government intervention that would avoid the strike. Moreover, Senate Majority Leader Chuck Schumer said he and Senate Minority Leader Mitch McConnell agreed on a similar approach.

The Association of American Railroads (AAR) has also been vocal in supporting Congress’s intervention to act and reject Sanders’ proposal to amend the agreement. “The Senate must now act quickly to implement the historic deals reached at the bargaining table and already ratified by eight of twelve unions”, said AAR CEO, Ian Jefferies.

1 comment op “US: House of Representatives wants to force a deal on the rail industry”

Regrettably, since long, Feds decisively, defensively just have called for “better” (by mantra “BUILD”, etc.). Accordingly the upgrading, the Shift needed, virtually has been obstructed.
At optimal supply chains, now robustness (resilency and redundancy) handsomely is rewarded. As short of robustness, now all causes of disturbing have to be outed – from Mode!