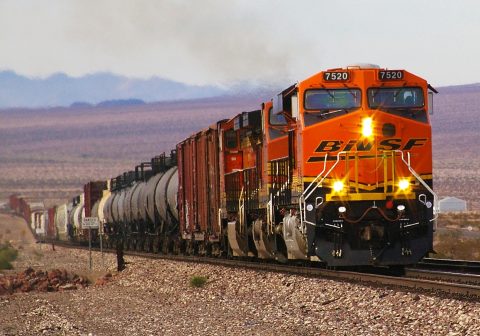 One of the largest US rail workers’ unions, the Brotherhood of Railroad Signalmen (BRS), is ready to go on strike as early as 5 December. Three more unions set 9 December as their deadline for the beginning of a strike. The Association of American Railroads (AAR) projected that a strike of these proportions could cost the national economy as much as two billion euros per day.

One-third of US railroad unions rejected the deal

These four US railroad unions, out of a total of twelve, have rejected the labor agreement brokered by the White House on 15 September. BMWED-IBT, the country’s third-largest rail freight union, voted against the government’s proposal already in October, becoming the first association to reject it. BRS followed suit at the beginning of November and IBB joined on 14 November. Earlier this week, SMART-TD, became the fourth union to decline the proposal.

The government’s proposal VS the industry’s demands

The proposal for an agreement presented by the White House included a 24 per cent wage increase over the five-year period from 2020 to 2024, as claimed by AAR. However, railroad workers in the United States are threatening these strikes because they are demanding better quality-of-life conditions, as highlighted by BMWED-IBT.

More specifically, they are asking for paid sick leave, which currently does not apply to them. As, Micheal Baldwin, the president of BRS pointed out in an interview with Fox Business, workers were not even paid when they were forced to quarantine due to COVID-19 measures. Baldwin pointed out that a strike could significantly impact the US economy, especially when it comes to the transportation of chemical and agricultural products. As an example, he highlighted how Californian chicken farms may find themselves without feed for the livestock.

1 comment op “US railroad strike could happen in early December”

Now, when rapid, sudden, shifts is the new normal, “better” and comparatives (“BUILD”, federal mantra…) is not sufficient – but devastatingly “cementing”!
(Ware owners, clients, since long have shifted to “On Demand” and no body, not even core clients of railways, afford luxury of not caring about “eta”.)
High quality (low risk) transport service handsomely is rewarded – and vice versa…
Resilency, the now needed, urgently calls for high quality – all the way, – at staff, etc.!