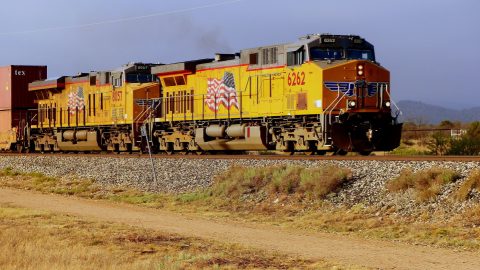 More rail unions vote in the US, a reason to smile?

After the first and only so far disapproval of the US government’s deal to resolve the dispute between railway carriers and unions, six more votes show that railway workers might, in the end, accept the resolution. With balloting procedures halfway through and six of the twelve railway unions accepting the proposal, strikes seem far out of the picture – or not?

Information from US media underlines that six of the twelve unions involved in the dispute accepted Biden’s tentative deal before the weekend. Only one union, BMWED, turned it down, explaining that despite the offer, rail workers still don’t feel valued in the country.

The last union that voted yes to the resolution, offering railway workers one additional paid day off, the ability to attend medical appointments without penalty, and an immediate 14,1 per cent wage raise, was NCFO, the National Conference of Firemen and Oilers.

Is the US far from a rail strike?

According to the balloting procedures, a large-scale strike in the US seems unlikely. Yet, the possibility is not entirely written off. That is because of BMWED’s negative response. Specifically, since voting is ongoing, a strike cannot occur before 19 November, when the last union votes are expected. If most unions accept the deal, the idea of a strike might be abandoned.

Still, if one or two unions decide to strike even against the majority, then more unions could follow them. That is because union history in the USA indicates that it is pretty difficult for unions to “cross the picket line and the machinists’ strike in 1992 proves that, explained Bloomberg Law.