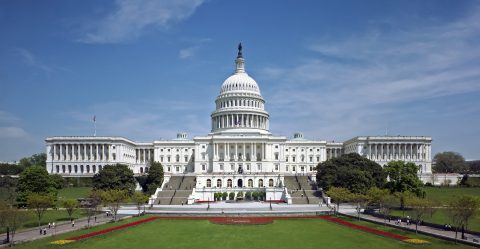 The US Senate approved the bill that would block the national strike that has been threatening the country over the last few months on Thursday 1 December. Moreover, they rejected the amendment that would include seven days of paid sick leave for the workers. The Senate also rejected a proposal to extend the cooling-off period by 60 days to allow for further negotiations on the grounds that the deal had already been negotiated.

With 80 votes in favour and only 15 against, the tentative agreement proposed in September can now be forced on the rail freight industry. The next step is for the bill to be signed into law by US president Joe Biden. After this, any strike would be deemed illegal, with workers risking losing their jobs if they do decide to strike.

On Wednesday 30 November, the House of Representatives voted in favour of blocking the strike but approved the amendment to include seven days of paid sick leave. However, the Senate had the final say and decided to reject the amendment as well. In fact, only 52 senators voted in favour, while the minimum needed was 60.

Four unions were ready to strike next week

Teamsters President Sean O’Brien claimed on Twitter that “The fact that there are not 60 senators willing to stand up to Big Business and fight for basic rights for U.S. rail workers is horrific”. Teamsters, however, is one of the union that signed the tentative agreement already in September. At the time, the union stated that “the tentative agreement will improve working conditions and safeguard wages and health care benefits for the 57,000 members of the Teamsters Rail Conference”.

Many politicians in the US praised the choice of Congress to vote quickly to avert the strike. President Biden commented that the country was spared from a Christmas catastrophe, U.S. Chamber of Commerce CEO Suzanne Clark called it a win for the United States. Senator Bernie Sanders was among the few US politicians who criticised the work of Congress, definition it as “the worst case of corporate greed that I have seen”.

American Association of Railroads CEO Ian Jefferies also expressed his approval for the outcome of the votes. “The Senate acted with leadership and urgency with today’s vote to avert an economically devastating rail work stoppage”, he claimed. In addition, he acknowledged the toughness of a job such as railroading, but limited himself to say that rail workers already have the country’s gratitude.

Estimates showed that a strike of those proportions would have a massive impact on the US economy in general. The financial loss was calculated to be over 2 billion euros a day, with 30 per cent of cargo that would have been stuck and millions of passengers left stranded.

The deal proposed by the White House in September includes a 24 per cent wage increase over five years and five annual 1,000 US dollars (949,53 euros) lump-sum payments. Moreover, the workers were asking for 15 days of paid sick leave, while the contract only added one extra paid day off for the whole year. This agreement can now be forced upon the industry, despite one-third of the unions rejected it.