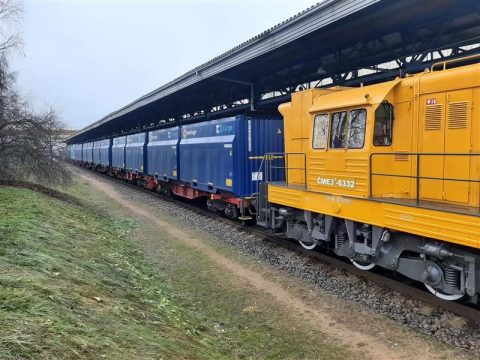 LTG Cargo gets into the game of coal transport in Poland

LTG Cargo and its Polish subsidiary LTG Cargo Polska have started a new service transporting coal between the Lithuanian port of Klaipeda and Polish destinations. LTG Cargo moves coal volumes from Klaipeda to the Lithuanian-Polish border, and from there, LTG Cargo Polska undertakes their transport towards Bialystok. In Bialystok, PKP Cargo takes over the service and forwards the volumes to Braniewo in the country’s north.

“The project was set up very quickly, in just a few months, as a response to Poland’s increased coal import demands,” explained Eglė Šimė, head of LTG Cargo. While setting up the service, the main task was securing sufficient rolling stock and equipment. However, this is where Innofreight jumped in and contributed by providing specialised containers and platforms required for the first transports for both broad and standard gauge tracks.

As we proceed into deep winter and energy consumption needs rise rapidly, so does the need for securing energy supplies. Poland has been prioritising coal transport by rail since late September. The state-owned company PKP has been leading coal transport operations during these months. Specifically, PKP LHS has been solely importing coal by rail between Ukraine and Poland via Sławków, while PKP Cargo has been doing the same between Polish Baltic ports and the country’s hinterland.

Šimė mentioned that the new service is an additional alternative to Polish ports. “Poland currently ensures coal imports through its ports. However, increased needs encourage the search for new directions – among which is the transportation of vital cargo through Lithuania from the Klaipėda seaport,” she said.

Indeed when looking at the service’s forecasts, its significance becomes apparent. For now, the Klaipeda-Bialystok-Braniewo coal service will run once a week, with the possibility of increasing the frequency in the near future. This weekly service will move 60 specialised containers per trip and will contribute to supplying Poland with 5,000 tonnes of coal per month.