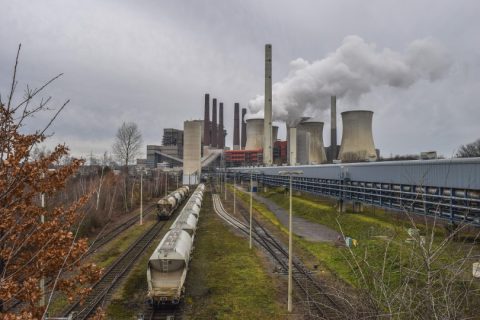 What has been an unofficial consideration so far is now a fact. Ukraine will assist Poland with coal supply that will take place by rail. As a matter of fact, Michal Dworczyk, the head of the Polish Prime Minister’s Office, confirmed the development, saying that the endeavour of transporting 100,000 tons of Ukrainian coal by rail could commence this week.

Michal Dworczyk explained the situation during his appearance on the air of Radio Poland. He explicitly mentioned that coal supply is a “manifestation of solidarity between Kyiv and Warsaw” and that the first coal wagons should arrive in Poland “within a week”.

Discussions around coal transport in Poland started in early September when the country’s prime minister announced the prioritisation of coal transport by the state-owned rail company PKP. Polish authorities claimed at this point that rolling stock and equipment are sufficient to undertake this task without significant issues.

A week after these statements, the Ukrainian prime minister expressed the possibility that Ukraine could open the quotas for coal export to Poland and mobilise some million tons of the fuel. Yet, the estimation for the initial shipments was around 100,000 tons of coal which is now also confirmed by the Polish authorities.

The unclear part concerning the planning of coal shipments related to the transport mode used. However, Polish reassurances that rail equipment was sufficient for the project, and Ukrainian hints that rail would be the mode of preference, are now also confirmed, with the first trains ready to depart.