Hupac has launched a new regional service in Italy connecting Pomezia near Rome with Novara in the country’s north. The intermodal link started operating on 15 February and offers two weekly roundtrips.

“With the Pomezia-Novara link, you can drive your truck for 1,500 kilometres without touching the steering wheel,” commented Hupac on a LinkedIn post, underlying that customers from central-south Italy can now load their units on intermodal trains on the way to Novara and further northern Europe. 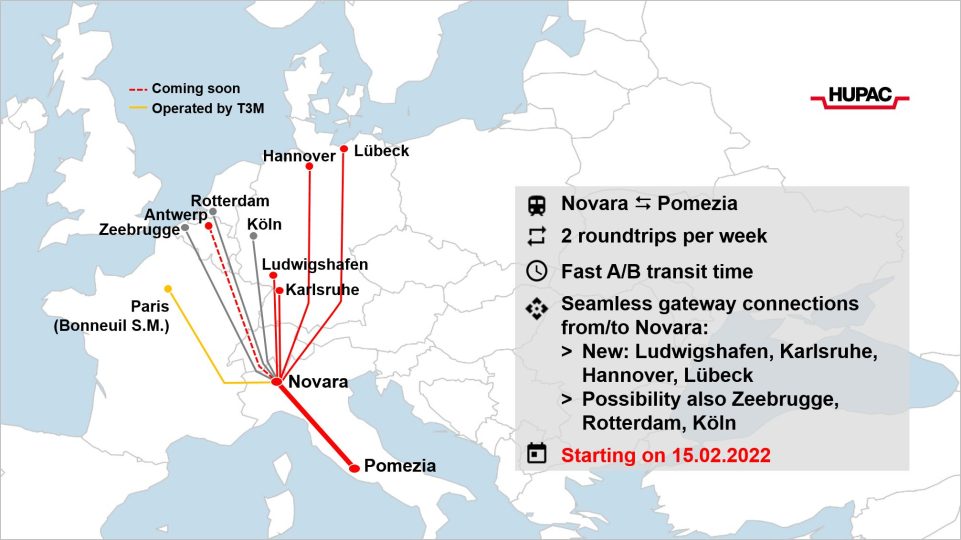 Not an unknown territory

The Pomezia terminal is not new to the market. Serving the broader metropolitan area of Rome, Italy’s capital, it is used by big European rail freight players. Hupac already has another connection to the terminal with Busto Arsizio near Milan.

As a result, Pomezia already has a connection with Novara but from a different company. Hupac also operates there but with a link to Busto Arsizio. So why is the new connection to Novara important? With Hupac investing in Novara’s CIM terminal by becoming its operator, it started transforming it into its north Italian hub.

Consequently, through Novara, Pomezia will have a gateway to multiple central and northern European terminals. Namely, the company mentioned that it links Pomezia to Ludwigshafen, Karlsruhe, Hannover and Lübeck in Germany, while in the future, it’s possible to connect with Zeebrugge, Rotterdam and Cologne.