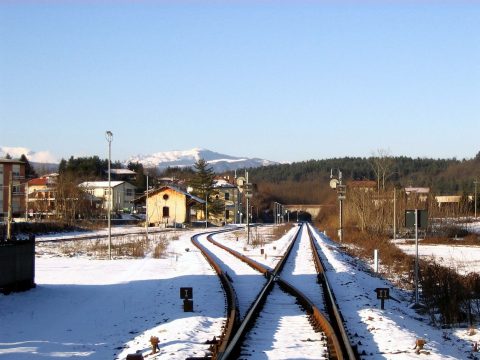 The railway line connecting Santhia and Arona, in northwestern Italy, is likely to be reopen after it ceased to be used in June 2012. The importance of this line lies in the fact that it is one of three lines that gives access to the Simplon tunnel, which connects Italy with Switzerland on the TEN-T Rhine-Alpine corridor. The idea of reopening the line is justified by the willingness of boosting rail freight on it.

The proposal to reopen the Santhia-Arona line, which is 65 kilometres long, came from both the Piedmont region and the Novara province. First estimates from RFI claim that the upgrade and modernisation of the line should cost between 36 and 44 million euros. According to first projections, the line could be reopened by the end of 2024 and the beginning of 2025.

Recent developments of the Santhia-Arona line

The idea was pitched at the end of November by the two public entities to national railway company Ferrovie dello Stato and its infrastructure manager subsidiary Rete Ferroviaria Italiana (RFI). However, a similar proposal was included in a document presented by the Piedmont section of the General Confederation of Italian Industry to the region already in October 2021. Curiously enough, the decision of interrupting traffic on the line in 2012 came from the region, which is now pushing to reopen it. Not enough passengers and the absence of demand regarding freight were listed as the reasons leading to the closure of the line.

Another project to boost the Rhine-Alpine corridor

In the same area and for the same corridor, there have been talks about doubling the track between Novara and Oleggio. Despite not being included in the RFI commercial plan for 2022, this project is quite significant for the development of the Italian side of the Rhine-Alpine corridor.

From Oleggio, in fact, there is a connection to Sesto Calende, from where the international line that reaches Switzerland in Bellinzona and the Gotthard area. In other words, the reopening of the Santhia-Arona line and the doubling of the Novara-Oleggio one will provide a railway line for each side of the Lake Maggiore to enter Switzerland.