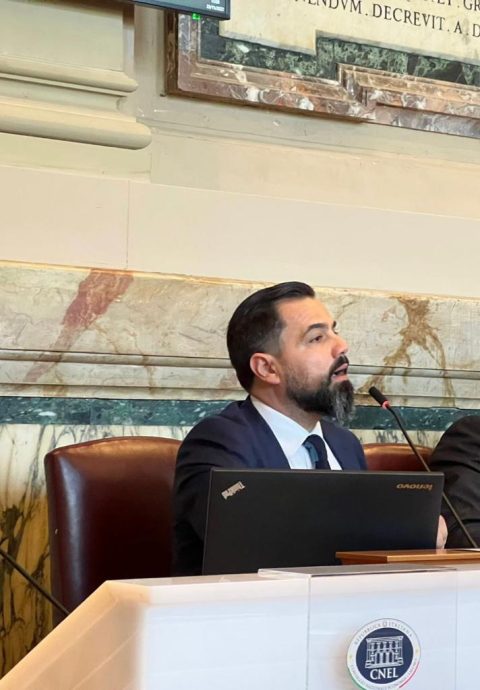 Fermerci, the largest association of rail and logistics companies in Italy, has highlighted the two main problems that the rail freight industry in the country is facing. As for most other countries, an important issue is the increasing price of energy, which in Italy rose by 517 per cent since 2020. However, as Giuseppe Rizzi, general manager of Fermerci told RailFreight.com, Italy is also facing a shortage of 3,000 railway workers that might get worse soon.

Rizzi shared his views on how these two issues could be mitigated in the near future. As he pointed out, the state should help the industry by reducing track access charges and by providing scholarships for personnel training.

Track access charges: more help from the state is necessary

When it comes to track access charges reductions in Italy, Rizzi pointed out that the efforts made by the Italian government this year were not enough. “For 2023, track access charges should be reduced or even canceled to ensure the companies’ ability to pay”, he explained. If not, it will become increasingly difficult to create demand and make the rail freight industry competitive.

As Rizzi pointed out, with recent aid from Rete Ferroviaria Italiana, the energy price increase, compared to 2020, was reduced from 517 to roughly 400 per cent. Nevertheless, this is still too high for a large slice of the Italian rail freight industry. When it comes to the comparison between 2021 and 2022, the rise of energy prices is still very relevant, since Rizzi pointed out that it stands at 178 per cent.

If infrastructure is the hardware, workers are the software

Other than the energy crisis, the Italian rail freight industry is struggling with another challenge, labeled by Rizzi as a “human resources bottleneck”. He added that the efforts made to improve the infrastructure need to be balanced with the ones made to train more workers. He commented that “they are building the hardware without focussing on the software”.

As data provided by Fermerci shows, more than 50 per cent of Italian rail workers were over 50 years old already in 2016, behind only Spain and Greece. On the other hand, workers under the age of 30 only accounted for less than 5 per cent of the total.

There seems to be a necessity to train a new generation of workers then, and Rizzi has a few ideas on how to tackle this problem. “We should train new workers now that the market is slow”, he stated. Moreover, Rizzi brought forward the idea of giving scholarships to people who want to attend training courses.

1 comment op “Energy prices main concern in Italy, but there are other risks looming”

Basics, infrastructure, electrification, etc., all hardware…, has to prove optimal!
(Other modes decisively upgrade, for added load, etc. – and lower costs.)
“Optimal Maintenance”, but still devastatingly escalating costs…, tells about a hardware, currently not optimal!
At railways, “backbone”, of society, regretfully robustness, resilency and redundancy, vitals at all communication, now is missing.
Industry does not meet with current demand! A New Old Railway, a robust, is needed!