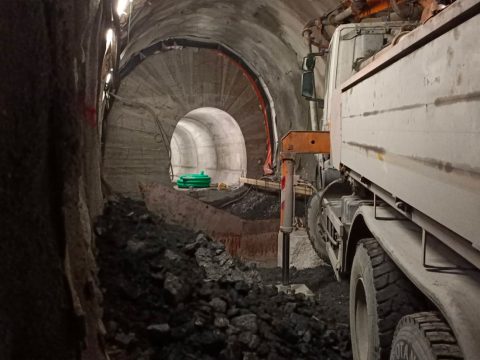 The Genoa Junction Project that will connect the port of Genoa to the TEN-T Rhine Alpine corridor may see its realisation delayed. The so-called Third Pass that will mostly run through tunnels saw a major setback as a number of tunnel-boring machines cannot function due to geological conditions.

On paper, the scheduled deadline remains the same, the end of 2024 or the beginning of 2025. However, the special commissioner for the project, Calogero Maucerì, was quoted by MilanoFinanza saying that “the slowdown in the digging of the tunnel may to a one-year extension on the end of the works”.

Maucerì said that the machineries should be back at work in December, but they have been unable to carry out any work since the summer. The tunnel-boring machines are in fact stuck in southern Piedmont due to the high pressure of the ground above. One solution proposed by the special commissioner to make up for the time lost is to start the tendering procedures for the tunnel sections that are ready to be equipped with rail infrastructure.

In its totality, the Genoa Junction Project will be a railway section that will connect Genoa, in Liguria, with Tortona, in Piedmont, both in northwestern Italy. The Pass will therefore connect the port of Genoa with the Po Valley and the rest of Northern Italy and thus Europe by being integrated into the TEN-T Rhine-Alpine corridor.

Works have commenced in 2013 for a total estimated cost of over 6 billion euros. The railway line will be 53 kilometres long, 37 of which are in tunnels, crossing 14 towns. One of the advantages of the Third Pass is that it will allow goods coming by ships from China to shift to the rail in the port of Genoa instead of reaching the North Sea. This option would save five days of transit time for ships coming from the Far East.