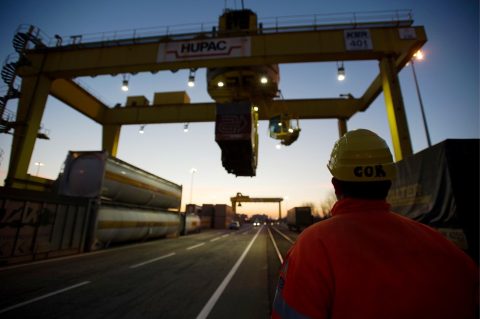 Hupac has added the southern Swiss Ticino area to its intermodal network. Trains will depart daily from Stabio and Chiasso terminals reaching Basel and Aarau in the northern part of the country. Additionally, the area will function as a gateway to other destinations in central and northern Europe.

This latest development comes as a continuation of several moves that took place in the previous months, with regards to the expansion of Hupac’s P400 intermodal semi-trailer network. The opening of the 4-meter-corridor via Gotthard will also play a crucial role, because from January 2021 and onwards, it will facilitate the operation of P400 semi-trailers in the Swiss rail network.

Since September, Hupac has taken several initiatives to reinforce its intermodal services both in Italy and on a European level. In that month the company announced the launching of a new P400 service that would link Bari in southeastern Italy with Novarra, a railway hub positioned in the northwestern part of the country. With this service, it became feasible to connect one of Italy’s biggest southern ports with the north, and subsequently with the rest of Europe.

Two months later, at the end of November, it became known that the Gotthard corridor was complete after years of construction. The specific passage enables the unhindered intermodal transportation from Italian terminals through Switzerland and to other countries. Namely, some of the destinations that became approachable for P400 semi-trailers include Antwerp, Zeebrugge, Rotterdam, Taulov and Hamburg.

The intensification process of the company’s services was sealed on 2 December, with the announcement of Ticino becoming a central intermodal hub. As mentioned previously, Ticino is located in the Southern part of Switzerland and borders with Italy. Facilitated by the forthcoming operation of Gotthard, Ticino and its two terminals will now connect Italy ten times per week with the European hinterland.

Understandably, the opening of the passage in the Swiss Alps is of great importance. Intermodal transportation was taking place before that, of course. However, the beginning of its operation will allow the area of Ticino to upgrade its services significantly: First of all, transit times will become quicker and more punctual.

Secondly, with the integration of the Swiss Split network of railway connections, all Swiss destinations will link under a ‘one-stop-shop’ scheme. Finally, the network will subserve all kinds of products, including ADR dangerous goods. On top of that, connectivity with the Benelux area and its ports will not stop. Instead, rail links will continue even to Scandinavia and cities like Taulov in Denmark.

A P400 semitrailer provides internal space with a height of three metres. Consequently, there is enough room for the division of pallets on three levels. Capacity then is incredibly increased for a single trailer, a quite advantageous feature, especially in the modern transport market.

Nevertheless, this intermodal solution is not widely used yet due to the difficulty of adapting the old rail system in its needs. For instance, in France, the operation of these units became available almost a year ago.