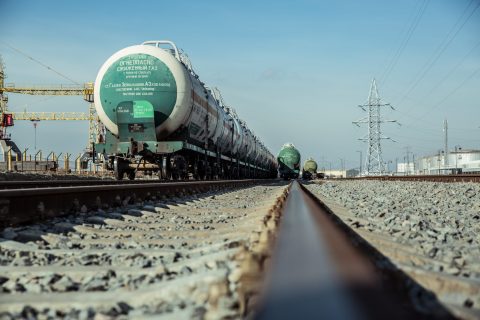 Azerbaijan is developing into a crucial transport node. In 2022, Azerbaijan Railways (ADY) saw a considerable increase in cargo transport in both East-West and North-South directions. Enhanced traffic via the Middle Corridor as an alternative to Russia, and the Moscow-Mumbai corridor, in which Russia invested heavily, played a substantial role in the company’s growth.

Growth in all directions

ADY mentioned that it experienced growth in all transport directions that the country serves. For instance, the East-West route, which includes the Middle Corridor, saw an increase of half a million tons of transported cargo, reaching 3,9 million tons in total.

Additionally, the North-South route, which refers to the International North-South Transport Corridor (Moscow-Mumbai corridor), experienced immense growth. ADY claims that the total increase in cargo transport compared to 2021 was 90 per cent. This is understandable since the INSTC was barely used before Western sanctions hit Russia, forcing it to search for alternative transport routes and thus invest in the INSTC as a gateway to the Indian market. However, unfortunately, ADY did not provide the exact volume figures for 2022.

Last but not least, a route that tends to be overlooked, mainly due to its capacity bottlenecks, grew as well. The Baku-Tbilisi-Kars line, which is the railway extension of the Middle Corridor through Turkey, saw 432,284 tons of cargo passing through in 2022. According to ADY, with this throughput, the cargo transit through the line between 2017-2022 reached a total of 1,347,585 tons. Nevertheless, the line could perform even better with the needed upgrades in place.