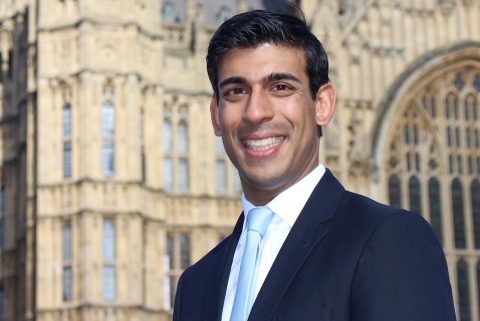 Eight new freeports have been announced for the UK, reaching from Liverpool to Felixstowe, and inland at East Midlands Airport, adjacent to the rail facilities of the East Midlands Gateway logistics park. The UK Chancellor of the Exchequer, Rishi Sunak, made the announcement as he delivered his budget speech to the UK parliament this afternoon (3 March). Among the headlines with most relevance to the rail eight industry. Amid many measures designed to promote economic recovery after the end of national lockdown and post-pandemic.

The announcement of the winning bids for freeports was widely anticipated, although not among the many details of the budget speech leaked beforehand. However, the news was greeted with delight from the winners, and plans are already taking shape to make the most of the new found status. There were also significant announcements around investment funding and tax breaks, which make rail development more affordable for business and sub-national agencies.

This Friday, Railfreight Live will be entirely dedicated to the rail freight developments in the UK. Watch this show live at 12pm UK time (1pm CET), or any time afterwards via this link.

The announcement of the winning freeport bids brought interest from all over England (the devolved governments elsewhere in the UK have their own arrangements for selecting freeport status). The success for East Midlands Airport, adjacent to East Midlands Gateway, near the city of Derby, gives the UK its first inland freeport. The advantageous communications – particularly the interchange between air, road and rail, played a significant role in the success of the bid.

The joint bids submitted by Hutchison Ports for their neighbouring Felixstowe and Harwich facilities, and the ‘Thames’ bid from PD Ports at London Gateway and Forth Ports at Tilbury, were both successful. All four facilities are developing their rail offering – with Felixstowe the most noteworthy, given the commitment by Network Rail to improve facilities on the branch line serving the port. The potential for freeports in the UK will be discussed in this week’s RailFreight Live (Friday 12pm UK, 1PM CET).

Response from the sector

Maggie Simpson, director-general of the Rail Freight Group, who is taking part in Friday’s edition of RailFreight Live, responded positively to the Chancellor’s Budget statement. ”Rail freight plays a major role in sustainable distribution to and from ports all around the UK”, she said. “Many of the new freeports announced by government today are already significant rail users, and this announcement paves the way for all eight locations to increase and grow their business on rail.”

John Smith, managing director at GB Railfreight, who will be joining Maggie on Friday’s RailFreight Live, said the Chancellor’s Budget statement is key to put the economy back on track. “Investment in the future of the rail sector through a £30 million investment in a Global Centre for Rail Excellence is also welcome”, he said. However, he pointed to a note of disappointments. “Given the huge advantages that shifting freight from road to rail offers in terms of reduced emissions, this Budget is a missed opportunity to do more to support this shift through an increase in the current Mode Shift Revenue Support scheme”, he said. “We eagerly await the publication of the Government’s Integrated Rail plan, which we hope will be published shortly”.

PD Ports, involved in a number of the successful bids, welcomed the award of Freeport status to the Tees Valley. PD Ports say they worked to support the Mayor Ben Houchen’s bid. PD Ports chief operating officer and vice chairman, Jerry Hopkinson, said the port operator is immensely grateful to the government for awarding this opportunity to the Tees Valley.

“This marks the beginning of a new chapter in the Tees Valley’s renaissance”, he said. “Freeport status will enable us at PD Ports to build on our successful track record of attracting investment and delivering real, sustainable jobs across the region for the region.”

For the wider rail sector, Darren Caplan, chief executive of the Railway Industry Association, which represents supply chain members, said it was good to see the chancellor clarify a number of the government’s plans for infrastructure, including the establishment of a UK Infrastructure Bank based in Leeds and the £4.8 billion ‘Levelling Up’ fund opening for infrastructure around the UK.

“It is also positive to see funding announced for test track facilities at a new Global Centre for Rail Excellence in Wales”, he said. The UK vitally requires more test track facilities, and the centre will help deliver a new cluster for the industry in the region, supporting jobs and investment. We would hope that all rail businesses, whether related to rolling stock or infrastructure, and whether large or SME, benefit in some way from these announcements.”

Both the Centre for Rail Excellence, and the wider UK Infrastructure Bank announcements are good news for the technical innovation of the railway. They will be keenly discussed by delegates at RailTech Europe at the end of the month, and among investors from abroad, seeking an opportunity to play a part in the UK rail resurgence.

Caplan went on to champion the industry at large. “The chancellor himself said in his speech that for business, certainty matters. With today marking 500 days since the Rail Network Enhancement Pipeline was last published, we would once again urge the government to provide the rail sector with visibility of upcoming rail schemes, so crucial to the UK developing a world-class network for the future. This is not about seeking more budget; rail suppliers simply need the updated pipeline of rail upgrades to be published, along with the Integrated Rail Plan and the Transport Decarbonisation Plan, to help them build up capabilities and skills, and ultimately support jobs and investment at what is a very difficult time for everyone.”

Whether the National Infrastructure Bank, announced today to be based in Leeds, may provide a funding route for rail projects, is a topic for future debate. It may not give the certainty sought by Caplan, but his point is well made.

In certainty the full list of freeports for England (with Northern Ireland, Scotland and Wales to follow at later dates) is East Midlands Airport, Felixstowe & Harwich, Humber, Liverpool City Region, Plymouth and South Devon, Solent, Teesside and Thames. The outline of status implementation is currently under discussion and planning.