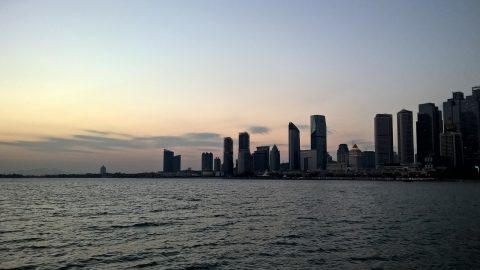 COSCO has launched a new China-Europe train, connecting Qingdao on the east coast of China with
Mannheim, a German logistics hotspot in the west of the country. The first train departed from Qingdao last Friday, 18 February, embarking on its 12,300-km journey.

The train is loaded with 100 standard containers and is scheduled to arrive in the German city after a journey of 22 days, now that transit times are stable again. The train runs via the traditional route, leaving China via the Alataw Pass port in northwest China’s Xinjiang Uygur Autonomous Region and passing through Kazakhstan, Russia, Belarus and Poland before arriving in Germany.

The train is carrying raw chemical materials, auto parts, daily necessities and other goods worth around 2.5 million U.S. dollars. It is yet another New Silk Road connection operated by COSCO. “We started  rail freight service in 2010 by sea-rail transportation for Chongqing electrical industrial park. At present, we operate 10 lines of scheduled container trains named “COSCO Shipping”, it writes on its website.

More than 1,800 China-Europe freight trains were handled in east China’s Shandong Province in 2021 alone.
Via a total of 51 international train routes, goods from Shandong can reach 54 cities and 23 countries along China’s Belt and Road Initiative (BRI), according to Shandong Hi-Speed Group Corporation (SHSC), which was cited in several Chinese media.

Mannheim is also a well-established hub on the New Silk Road, with regular connections to Chongqing since 2018 and Xi’an since 2019. It lies at a stragetic junction where traffic passes on the way to France, Luxembourg, Belgium and the Netherlands.

hello dear… I read your articles and comments it very helpful for me thanks for this I also have an auto part website please support me Buy auto parts, auto parts store, buy auto parts online