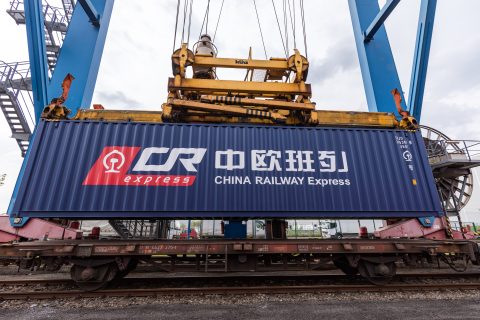 Beijing Trans Eurasia International Logistics (BTE) has started operating a blocktrain between Xi’an, China and Mannheim in Germany. The two hubs were not previously connected, but function as hubs in the respective countries. The train provides a direct connection in both directions.

Currently, the journey is made once per week, but there is potential for a service twice a week. If this is realised, it will be in September, the company informed. The journey takes 15 days and takes the train through the tradition New Silk Road via the Polish-Belrussian border of Malaszewice-Brest. The train is already up and running.

“We have established this service with Bahnoperator GmbH, the sister compony of BTE. It is stable and regular service and a new destination for the China-Europe block train. It will benefit cargo transportation from and to South Germany”, noted Wanxu Dong, managing director of the company.

BTE is a reliable provider of rail services on the new Silk Road. From Xi’an, it already operates trains to and from Duisburg, Hamburg, Prague and Bratislava. It also connects this European hub to the Chinese cities of Wuhan and Xiamen. Moreover, it has services to Dourges in France and Budapest in Hungary, from Wuhan and Xiamen respectively.

The city of Mannheim received its first direct train from China in November last year with the launch of the Mannheim-Chongqing Shuttle. According to the city of Mannheim, there was a great need for a direct rail connection to China in the Rhine-Neckar metropolitan region.