The Slovakian railway wagon repair workshop ŽOS Trnava sealed two new deals worth tens of millions with companies ÖBB and DB Cargo. The company won the tenders for the two contracts that concern the repair and reconstruction of wagons.

ŽOS Trnava has worked with DB Cargo before. At the end of 2020, it completed the reconstruction of 430 Sahimms 900 wagons for the German company, while earlier, it had also revised standard wagons. As for ÖBB, it is the first time that ŽOS Trnava will work with freight wagons belonging to the Austrian company.

The agreement with ÖBB concerns the repair of wagons and will last for two years, while the contract includes a renewal option for three more years. ŽOS Trnava’s earnings for the two-year contract will reach 20 million euros, while if the cooperation extends, it will look to a 30 million gain.

As for DB Cargo, the 3,4 million euros contract with ŽOS Trnava is about converting 281 Laaers 560.1 wagons to 560.3 type. The two companies have been negotiating their partnership for six months and signed an agreement in late March 2022. The contract will be in effect until August 2023.

“Thanks to such projects, the share of services for foreign customers of ŽOS Trnava in 2022 will exceed 75 per cent”, said the company. Rastislav Bráblik, the company’s director of the freight wagons division, emphasised that “wagons passing through ŽOS Trnava’s gateway today, have the colours of Austrian ÖBB, and also the colours of German DB, Czech Republic, French Ermewa, traditional Slovak Cargo Wagon or other important European players. Our employees have something to be proud of”. 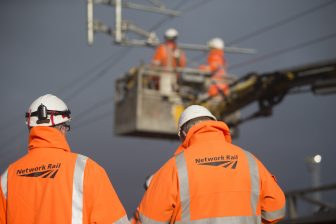 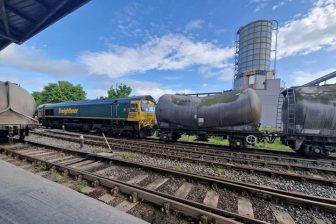