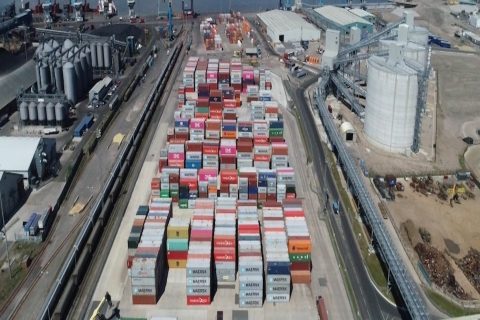 UK’s government has announced its Integrated Rail Plan. According the RailFreight Group, which represent the industry int he UK, there are some positive notes. Mostly, it will be “transformative for northern ports”.
The long-awaited Integrated Rail Plan, which was published yesterday was greatly overshadowed by the scrapping of the HS2 Eastern Leg and the so-called Northern Powerhouse Rail projects. On the other hand, it states that ‘gauge clearance’, allowing shipping containers to move on rail wagons, will be undertaken as part of the first phase of the revised Northern Powerhouse Rail project.

Freeing up the Freeports

While critics have roundly condemned the integrated Rail Plan as a blueprint for less capacity and connectivity – by forcing more mixed speed traffic on to existing lines, the Rail Freight Group (RFG) points out that the government’s plans will also allow for additional capacity for freight trains, which could be completed in the first phase of the new Northern Powerhouse Rail, but only if a proposed third track between Huddersfield and Marsden is delivered.

“Currently, the major freeports on the East Coast and West Coast of England, including Humber, Tees and Liverpool are not able to move containers by rail to the cities across the north of England”, says the RFG. What they call this crucial scheme will therefore allow new services to start, removing thousands of heavy goods vehicles (HGVs) from the region’s road network, and significantly reducing carbon emissions. The representative body’s upbeat take on the plans is in contrast to the storm of protest from regional civic leaders, who claim the watered down plans for the region will do little to encourage economic growth, and have gone as far as calling the whole Plan a betrayal of the north.

Qualified notes of welcome from RFG

The RFG has however looked to the positive aspects of the Plan, and pointed out some long-awaited schemes which now have the green light. They say it is welcome news that the Transpennine route and Midland Main Line are to be electrified, allowing electrically hauled freight services to be introduced. However, in a note of caution, they say there are concerns over some aspects of the Plan, which could reduce capacity for freight or create bottlenecks where new NPR and HS2 trains are planned to share the existing infrastructure.

“The upgrade of this route has been one of RFG’s main campaign priorities in the last five years, and an absolute priority for our members in the region”, said Mike Hogg, the RFG’s Northern Representative, when commenting on the new Northern Powerhouse Rail plans. “We are delighted that Government has confirmed gauge clearance for freight and set out plans to develop much needed new capacity on Transpennine”, he said.

Maggie Simpson OBE, the RFG Director General, added a further note of qualified welcome. “The north of England needs transformational infrastructure to allow more rail freight to operate, taking lorries off roads and helping businesses work towards decarbonisation”, she said. “Although many questions are yet to be resolved, the priority works on the Transpennine are a key enabler of that growth, and we strongly welcome Government’s commitment.” 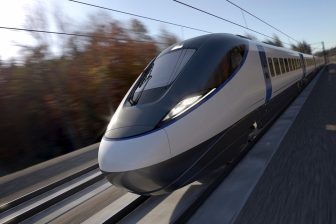