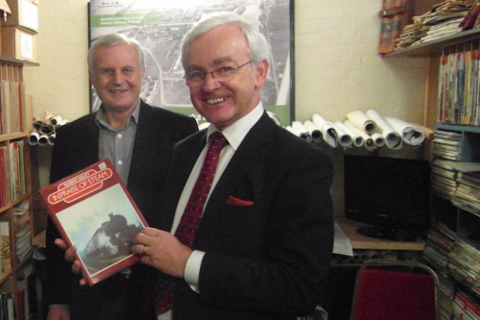 Rail enhancements needed to support freeports in the north of England

Improved rail capacity is needed to support the development of freeports in the north of England. This was the message to the UK minister of rail by member of parliament for Cleethorpes and Immingham, Martin Vickers.  An east-west rail freight link could cut road traffic, principally on the congested M62 motorway between the Humber estuary and Liverpool. A third freeport on Teesside would also benefit, he claims.

Vickers has raised support for improved rail connections within his constancy, which forms part of the Humber freeport. He encouraged the minister of rail, Chris Heaton-Harris, to follow up government proposals for the region’s rail connectivity. Vickers wants to see an improved east-west freight link, and delivery of the rail projects in the region, promised as part of the government’s economic levelling up agenda.

The UK government freeport initiative is designed to designate several areas of the country as locations of economic advantage, where reduced regulation will encourage growth in manufacturing industries. Collaboration between freeports is anticipated, as well as exporting via nearby ports. The local MP Vickers, who lists railway development among his interests, says an east to west (Humber to Liverpool) link would be a huge boost to freeports while easing M62 congestion pressures.

Cleethorpes and Immingham, the constituency that includes much of the port infrastructure on Humberside, needs improved rail freight connections for the freeport to realise its potential. That is the message Vickers gave to rail minister Chris Heaton-Harris. “It is an issue I know is being worked on”, said Vickers. “I spoke with Chris Heaton-Harris, ABP [Associated British Ports], and a number of other stakeholders are lobbying on this. They are trying to make progress with it and he told me he would keep me posted on developments.”

Minister conscious of the potential

An electrified route is the ambition of Vickers. That is possible, as part of the Transpennine Route Upgrade, currently in development, under the management of the UK infrastructure agency Network Rail. That project also includes work on the route’s most congested bottlenecks, including Manchester’s Castlefield Corridor. Vickers said rail minister Heaton-Harris understood the necessity of fulfilling the potential of the northern freeports. ”He is very conscious of the need for this east-west freight corridor”, he said. “Not only would it be beneficial to industry and the development of the freeport, it would potentially take a lot of HGVs off the M62, which is another bonus. We will keep the pressure on.”

An independent review by the University of Hull looked at the challenge. The 1.5 million pound (1.65 million euros) study, entitled “Liverpool-Humber Optimisation for Freight Transportation”, also looked at the potential to ease freight movement north and south by promoting northern ports for UK-bound freight. To facilitate that, recent improvements have been made between Immingham and Doncaster, on the East Coast Main Line.