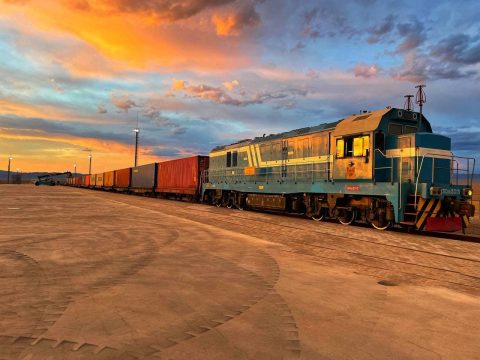 The new terminal Dostyk TransTerminal at the China-Kazakhstan border crossing is proving to be successful. The first pilot shipments in the month of June showed good results, reported UTLC ERA, the largest operator in this part of the New Silk Road.

In the first week of June a new, second terminal was opened near the border city of Dostyk. To be precise, it is positioned six kilometres west of the existing Dostyk terminal and very close to the Dostyk-Alashankou border crossing. A second terminal was needed, as cargo traffic via this border point is at an alltime high and capacity is limited. Once complete, the new terminal will provide additional capacity of 700,000 TEUs on the busy route between Europe and China.

“We will still have to analyse the pilot consignments and fine tune the joint technology, but the main thing is obvious: the new terminal provides new points of growth and new opportunities for the key participants of the transport process. It is now very important to integrate these opportunities into a single end-to-end transit technology, which will ultimately enable the necessary development”, Alexey Grom, General Director of UTLC ERA JSC commented. 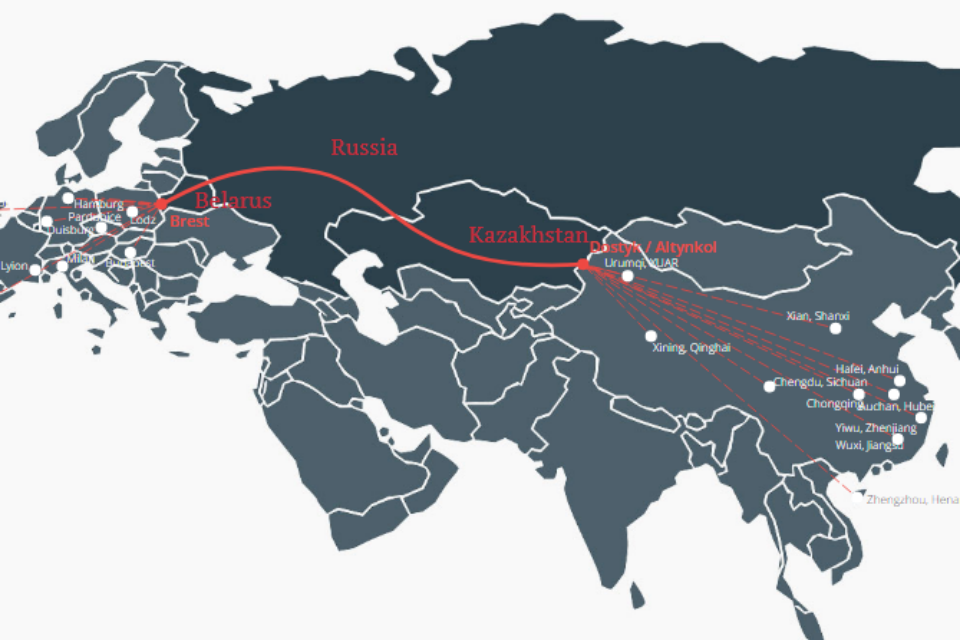 Dostyk TransTerminal is intended for the transshipment of cargo and containers from narrow to broad gauge, after which it is consolidated for further transport. It also provides warehousing opportunities. Dostyk TransTerminal LLP undertook the construction of the site, while PTC Cargo LLP is managing it.

The project’s target capacity is 700,000 TEU, however, it is currently still in the construction phase. At the moment, it has a capacity of 160,000 TEUs. Today it is capable of handling up to 80 thousand containers per year. The first 30 container trains in the direction of Europe have already passed through the terminal. These were considered test shipments.

“Dostyk TransTerminal is a modern infrastructure project which has a very interesting development strategy. For the transit business, which is showing good growth dynamics, this means more opportunities, more potential and more traffic. And new volumes require the creation of reserves: both in terms of capacity and new technologies. All this has a direct impact on the speed of handling container traffic. And this is extremely important for increasing the competitiveness of our service” said Grom.

Indeed, the volumes of traffic on the New Silk Road are growing tremendously. At the end of May 2021, the volumes handled by UTLC-ERA amounted to a record 61.4 thousand TEUs. The
total volume of traffic since the beginning of the year has exceeded 274 thousand TEUs, which is 60 per cent more than in the same period of the previous year.

The demand for more capacity has been well understood by PTC Holding Group of Companies, which aims to develop a multifunctional zone that will also include an industrial area and a dry port. Its subsidiary PTC Cargo is not only the operator of the new terminal, is has also become the forwarder of UTLC ERA in Kazakhstan when organising container trains on the China-Europe-China route, using its own terminal facilities for transshipment of goods at Dostyk.

PTC Cargo has also become a partner of the unified transport and logistics company – the Eurasian Railroad Alliance. Both partnerships were concluded this week.