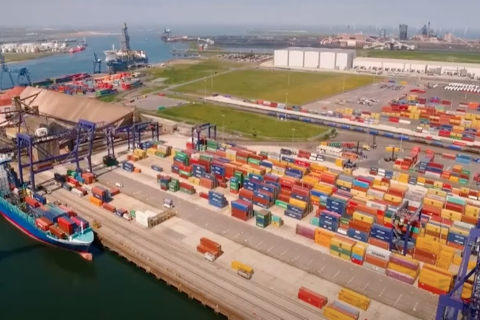 Better rail connections are required to make the most economic capital from freeports in the North of England. Representatives of the rail freight industry in the UK, the Rail Freight Group, have called for a levelling up of access to ports in the north, where economic regeneration is keenly needed. The industry has responded to the UK government decision to improve economic performance outside the London and South East of England region.

On Tuesday, DP World announced their massive investment in the Port of Southampton. That backs up calls for more infrastructure investment in other parts of the country, away from the South Coast. Maggie Simpson, the director general of the Rail Freight Group, renewed the call for the UK government to make good on its ‘levelling up’ agenda, particularly by investing in rail connections to the new freeports on the River Humber and River Tees on the north east coast of England, and also Liverpool on the west coast.

The UK has been proposing to introduce freeports for some time. These areas of economic advantage, are intended to stimulate growth and have become more important due to the pandemic and the need for recovery. At the UK budget speech in March, the chancellor Rishi Sunak announced the results of the competitive process to choose eight designated areas. The proposed zones include the Humber, Teesside and the Liverpool City Region. He said they would have “different rules to make it easier and cheaper to do business”.

However, the competitive benefits may not be realised, if the connections to the regions are not significantly improved, particularly for rail freight. Maggie Simpson, the director general of the Rail Freight Group, said the rail infrastructure in general did not have the right capability for the inward and outbound transport of freight. Speaking to the regional newspaper the Yorkshire Post, Simpson said there were shortcomings at all the northern freeport locations.”In terms of which freeport has not got the right capability for transport and freight in and out, the answer is all of them. From a rail point of view none of the freeports in the North of England, have got the right rail connectivity at the moment, some are better than others but overall, they don’t.”

While last mile routes are still lacking, there are significant upgrades underway on both the major north-south routes serving the ports in question. The West Coast Main Line serving Liverpool, is already the busiest mixed-traffic line in Europe, and the East Coast Main Line is the subject of the widest-rating upgrade project other than the building of the high speed HS2 project. The ECML serves the whole of the North East of England and Scotland, and will be augmented by the capacity released by HS2. Completing these projects will enhance trunk route capability, but concerns have been raised about the branch connectivity to the ports themselves. The mayor of Teesside, Ben Houchen, has frequently campaigned for better rail connections.

Simpson however said that it is not just the northern ports that require better connection. “If I cast that net wider even looking at some of the other ones further south, there are challenges on those routes”, she recently told a conference discussing the regional economic imbalance. “It and it’s frankly time it changed if we’re going to unlock those government’s ambitions, whether that is a freeport, rebalancing or economic growth.” 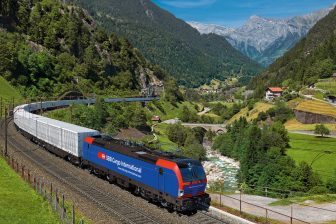