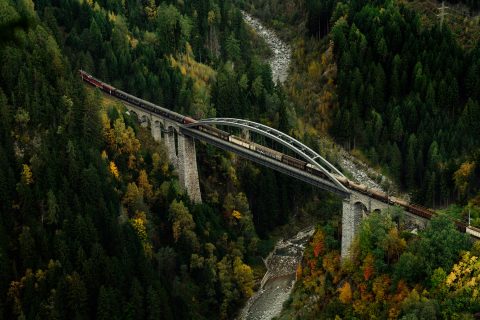 The high demand for services led Rail Cargo Group to add another weekly itinerary in its TransFER Linz-Wels-Duisburg route. Beginning on April 5, the service will have four roundtrips between the three locations every week. The service between Austria and Germany offers FCL (Full Container Load) and FTL (Full Truck Load) shipments while providing access to other North European and South-Eastern European hubs.

Another central characteristic of this route concerns its environmental friendliness. According to Rail Cargo Group, “in Austria, all of our freight trains have already been running on electricity from renewable energy sources since summer 2018. As of 01/01/2021, all network TransFER services as well as all other products in Germany where Rail Cargo Group provides traction are now running exclusively on green electricity”.

The Linz-Wels-Duisburg route constitutes a critical service in RCG’s TransFER intermodal network that connects important economic centres. Apart from its significance for linking Austria with one of Europe’s biggest hubs, namely Duisburg, it also provides possibilities for further connections.

From Linz, cargo can travel to Vienna and thereinafter to Budapest. From there, RCG acquires access to South-Eastern Europe and the Balkans, with rail links that extend even to the Greek port of Piraeus. Moreover, from Duisburg, the route opens up connections to Northwest Europe’s ports, such as the Port of Rotterdam (from Maasvlakte I and II to the RSC Terminal Rotterdam), and the ports in Antwerp and Zeebrugge.

This latest addition of roundtrips on the TransFER network is not the only one by RCG. Last week, the Austria-based company announced the Trieste-Linz-Vienna-Trieste route enrichment with one extra weekly roundtrip. Trieste’s port has been ÖBB’s vital partner for almost twenty-seven years now, serving Italy, Austria and Europe’s hinterland sufficiently. Apart from a crucial European transport player, Trieste also functions as a gateway for the Maritime Silk Road.

Linz is the main component of both routes and seems like it’s functioning as a link connecting North, Central, South and Southeast Europe. Apart from that, it looks like a crossroad that facilitates cargo transport from and to different seaports.