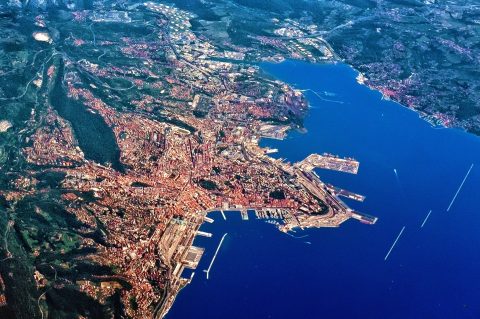 RCG adds one more roundtrip to the Trieste-Vienna-Linz route

As of 1 March, Rail Cargo Group will enrich its TransFER Trieste-Vienna-Linz-Trieste route with another weekly triangular roundtrip. This means that the company will offer two itineraries per week, strengthening its connection to one of Italy’s and Europe’s busiest ports. Additionally, it will also provide extra options for efficient onward cargo distribution from Vienna South Terminal to Budapest.

According to Rail Cargo Group (RCG), the port of Trieste is one of Europe’s most important ports, making it a key hub for European freight transport. “This weekly three-way round trip service for FCL (Full Container Load) and FTL (Full Truck Load) is one of the excellent TransFER services available as part of our intermodal network”.

The port of Trieste has been ÖBB’s vital partner for almost twenty-seven years now, serving Italy, Austria and Europe’s hinterland sufficiently. Apart from a crucial European transport player, Trieste also functions as a gateway for the Maritime Silk Road.

Due to these characteristics and the long-standing cooperation with ÖBB and RCG, the two parties decided in 2019, when Trieste celebrated its three hundredth anniversary, to extend their collaboration even more. Starting in March of that year, Rail Cargo Group and Port of Trieste decided to connect the port with Wolfurt, on the one hand, and with Vienna and Linz, on the other. Both connections served once per week.

Now, exactly two years later, RCG announced an additional weekly trip between Trieste-Vienna-Linz. It seems that a connection that initiated as a celebratory move paid off and led the two parties strengthen it even more. After all, as Andreas Matthä, CEO of ÖBB-Holding AG, stated at the beginning of this service: “Trieste is a role model for the efficient interconnection of different modes of transport. Here, ship and rail connect to an optimal transport chain. We are very proud that Rail Cargo Group is a strong logistics partner in the free port of Trieste”.