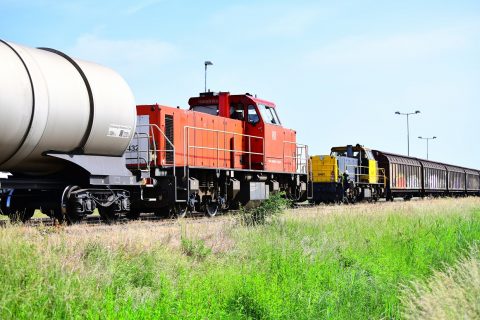 The number of trains to and from the Dutch Port of Moerdijk has almost doubled in recent years to just under three thousand a year. With a planned extension of the track at the Combined Cargo Terminal (CCT), the largest inland seaport in the Netherlands wants to continue growing this year. Commercial manager Jay Baladien of Port of Moerdijk told this on Wednesday in the SpoorProTV broadcast.

The Port of Moerdijk will have three tracks of 740 meters each at the CCT later this year. One of them is new, while the other two tracks are being extended. The port aims to grow from 60 to 70 trains a week to around 100. According to Baladien, the number of trains can be gradually increased from this summer.

“With this expansion we can increase the rail freight volumes from Moerdijk to the European hinterland. Rail is very suitable for quickly depositing large amounts of freight over long distances. Moreover, the costs are more profitable and it has a smaller CO2 footprint, ”says Baladien.

This means that rail also fits well in the sustainability strategy of the Port of Moerdijk, which aims to be the most sustainable port in the Netherlands by 2030. To this end, the so-called Rail Freight Table was created in 2015, where all stakeholders – ranging from shippers and customers to ProRail – come together to think about ways to make even better use of the railways.

“You don’t just realise growth. Good coordination is very important. For example, you must have the right rail capacity in the right places. With the extra tracks, we will soon have more buffer moments. In addition, we worked with ProRail on fine-tuning our planning”, Baladien says about the work of the group.

In this way, rail can keep pace with the growth ambitions of the Port of Moerdijk. The port already has a million square metres of large-scale warehousing, but another million square metres can be added. “If you want to facilitate that, the rail infrastructure has to grow with it”, says Baladien. The commercial manager emphasises the importance of expectation management. “The stakeholders and those involved must understand from each other what can be done now and what needs to be done in the longer term.”

In this sense, the new scheduled intermodal cargo service between the port of Moerdijk and Antwerp, introduced earlier this month by the Belgian rail freight operator Lineas, is a welcome development. The freight train runs three times a week. In addition, Lineas is increasing the frequency of transport between Rotterdam and Antwerp to eight return journeys per week. The new scheduled service will enable carriers and shippers to move intermodal volumes three times a week between Port of Moerdijk and Lineas’ Main Hub in Antwerp. The line has a total transport capacity of 270 TEU per week. Via the Antwerp hub, freight can be shipped by rail throughout Europe via Lineas’s Green Xpress Network.

“We are pleased that Lineas has chosen Moerdijk and that there is a frequent connection. We want to be fast and reliable and that includes such connections”, says Baladien. “We strive for such an extensive network of destinations. The more destinations, the easier it is to bundle goods and ensure that you are as effective as possible.”

Baladien expects many more connections to be added in the long term, although that is not an end in itself. It is just as important to maintain or expand the frequency on the connections. “Everything must show that we are seriously connected with the hinterland.”