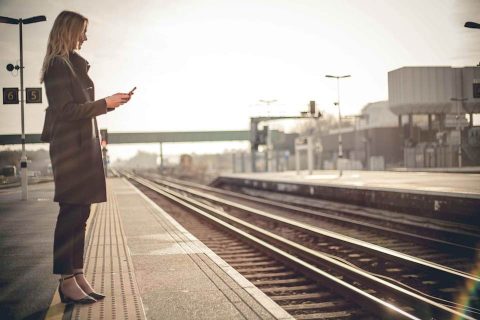 Mixed trains, conveying passengers and goods, are part of a funded trial in Sweden. A trio of stakeholders, made up of multinational tech firm SilverRail, passenger rail operator Snälltåget, and logistics company Airmee, will share in a one million Swedish Krona (100,000 euros) seed funding package to deliver a modern version of the passenger-goods mixed train on a route between Stockholm and Malmö.

Backing for the project comes from Vinnovia, the Swedish government agency that funds innovation for industry. The funding is part of a package of measures deigned to quickly introduce new ways of working that will help the Swedish economy rebound from the coronavirus crisis.

Sweden, like everywhere else, has seen passenger numbers drop significantly since the pandemic struck. The project partners in this consortium plan to use that vacated spare capacity on passenger trains to deliver high value light goods.

Although not on the rails yet, the trial project will connect Stockholm and Malmö, the largest and third-largest settlements in the country. Stockholm as the capital is an obvious choice, and Malmö benefits from a vibrant economy and proximity to the Copenhagen market in neighbouring Denmark.

Alternative solutions from the past, present and future

The concept is not necessarily new. There have been similar ideas put forward in the UK. As previously reported, enterprise trains have been proposed as a scheduled service in the UK. Although these would be solely for goods, they would convey consignments for multiple customers, just as proposed in Sweden. Other operators, such as Royal Mail, use electric multiple unit stock, similar in design to passenger units. Start up company Varamis Rail is proposing to run light goods over long distances in converted passenger stock.

A proposal from tech company Captured Realities in Edinburgh, to use spare passenger capacity and infrastructure, failed to win support in a recent round of UK Government funding. However, GB Railfreight recently experimented with a limited use of passenger stock and standard roll cages to convey medical supplies. Also, under normal circumstances, there are some bespoke flows carried by passenger trains, such as luxury seafood from Cornwall to London.

Historically, there are examples of mixed train operations all over the world. “The notion of mixed trains is not new, they were commonplace in North America as a means of minimising operating costs”, says Phil Mortimer, who seeks to pioneer TruckTrain, a short-form intermodal multiple unit service in the UK. “Mixing freight and passengers needs careful management and product presentation. Mixed trains have never really found favour here although some early DMUs used to haul single freight wagons around occasionally. Exactly why and what the cargo was remains opaque.”

The Swedish project partners plan to collaborate with local delivery companies, offering them a solution for their long distance deliveries. The expertise of SilverRail will be used to develop a digital platform to bring together the logistic elements. In a statement, SilverRail admit the idea is not new, but say the time is right, and they expect to have a solution ready by Christmas.

Global interest but caution too

There is interest too from the global parcels logistics firms. FedEx is trialing a rail connection from Milan’s Malpensa airport to the city centre. In a similar move, Rail Operations Group and DP World Ports in the UK have already tabled plans to trial using London Liverpool Street passenger terminal as an out of hours urban freight hub.

Phil Mortimer remains sceptical of any mixed use solution, and was not impressed by a scheme that secured funding in the recent past for a plan to use what the backers called spare passenger capacity on the London suburban network. “This conveniently overlooked handling, booking, security and other fairly mundane aspects”, he said. “How passengers would respond to seats being used for parcels and pallets was not reviewed.”

It does not look as if one solution will fit all circumstances, but if the Swedish experiment is to be a success, or any other mixed use trials amount to commercial viability, it could herald a significant modal shift and a new class of train on the rails of Europe.