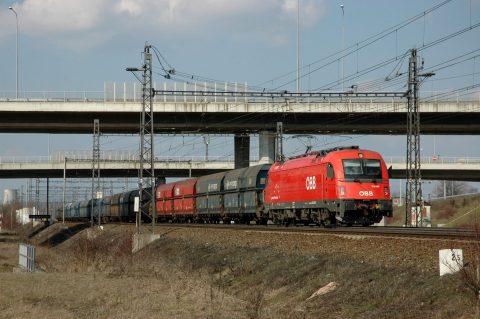 Rail Cargo Group, the freight division of Austria’s ÖBB-Holding, has finalised the integration of its latest acquisition in Poland. Its subsidiary Rail Time Polska was rebranded as Rail Cargo Carrier – Poland. It is the twelfth railway undertaking in the company’s network which is able to provide traction services.

After twenty years of activities on the Polish transport market, Rail Cargo Group (RCG) decided to strengthen its business in the country. In autumn 2019 it purchased Rail Time Polska, a small Polish railway undertaking. The latter was incorporated in 2010 with a headquarter in Warsaw. Previously, Rail Time Polska was owned by the German railway provider of the railway services NBE Group. At the end of January, the Polish subsidiary became the rightful member of the RCG’s network after being renamed to Rail Cargo Carrier – Poland.

With the help of the recently purchased undertaking, RCG will be able to address two key logistics issues. “Having our own carrier in Poland means that we bridge the gap on Freight Corridor 8 for transporting goods from the North Sea ports to Poland, Russia and far beyond to Asia. What is more, the rail logistics provider guarantees connections from Polish industrial centres to the Adriatic ports and Southern Europe via Freight Corridor 5”, the company noted.

Now, the company’s network stretches to twelve European countries from Germany and Poland in the north to Italy and Greece in the south. Before the Polish deal, RCG incorporated its own railway company in Greece. It was named Rail Cargo Logistics Goldair and was established as a joint venture with Goldair, RCG’s logistics partner in this country. By launching its traction activities in July 2018, Rail Cargo Logistics Goldair became the first private rail freight operator in Greece, alongside the former Greek national railway company Trainose.

Besides the railway undertakings, RCG also owns several intermodal terminals: seven in Austria (Wien Süd, Wels, St. Michael, Villach, Wolfurt, Wörgl, Brennersee), four in Czechia (Brno, Mělník, Ostrava and Přerov), four in Slovakia (Bratislava, Žilina, Ružomberok, Košice), one in Hungary (Budapest BILK container terminal) and one in Romania (Railport Arad Intermodal Terminal in Curtici). Moreover, the Austrian group has a service facility in the Slovak city of Trnava. It is focused on the maintenance and repair of the freight wagons.