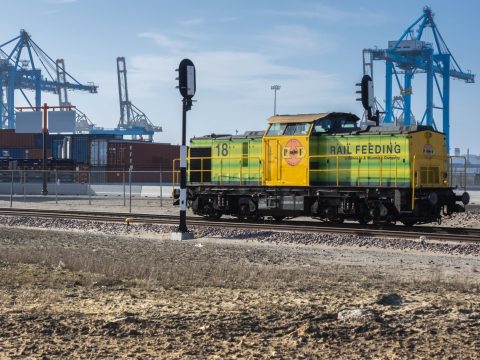 RailGood, the Dutch employers’ organisation for the rail freight industry, is claiming that ProRail, the Dutch infrastructure manager, is failing the sector in the Netherlands. The main issues pointed out by RailGood are excessive increases in infrastructure charges for 2023 and mismanagement of the railway infrastructure.

According to RailGood, the latest example of ProRail’s failures occurred between 28 and 30 December. During these days, in fact, rail access to the port of Rotterdam was “suddenly not available and later only for a limited extent for train traffic”. One of the causes behind these issues, per RailGood, is that railways in the port of Rotterdam are largely maintained at safety level instead of at higher standards. This leads to risks of unavailability and unreliability of the tracks.

RailGood pointed out that traffic at the Rotterdam Botlek railway yard had to be stopped on 28 December because of a leaking fire extinguishing water pipe that caused flooding. On the same day, the main railway line to the port had to be closed, meaning that the Europoort and Maasvlakte could not be reached by train.

Two days later, ProRail said that the fire extinguishing facility at the yard in Rotterdam Pernis had not been approved by the competent authorities. As RailGood highlighted, “no transport activities requiring an environmental permit may take place on the tracks at Pernis” until the system meets the standard requirements.

This has a significant impact on customers transporting dangerous goods, which is the majority in Pernis, according to RailGood, especially in the petrochemical industry. More specifically, the organisation claimed that trains with dangerous goods whose train composition does not change, may not stay at Pernis for longer than four hours. Moreover, this ban at Rotterdam Pernis causes traffic increases at the Kijfhoek and Botlek railway yards, which are already dealing with intensive usage.

This increase is linked to ProRail’s new methodology for calculating rail infrastructure charges. As RailGood mentioned, “from 2023 ProRail takes its integral cost as basis for the infra charges for the stabling & shunting tracks instead of direct costs”, causing tariffs to increase.

The European Commission got involved to try and alleviate the issue with a subsidy, valid until 2026, that would refund companies 25 per cent of their siding and shunting costs. However, RailGood said that, even with this aid, prices are expected to increase between 15 and 450 per cent. According to the organisation, the Dutch government claimed it has no budget available for further compensation because strict state aid rules apply.