The Dutch rail industry association RailGood and DB Cargo Netherlands claim that investments planned by the Dutch government leave rail freight out of the picture. Specifically, the two parties criticise the cabinet’s investment of 7,5 billion euros for improving accessibility in residential areas and say that such a large amount of funds could be used, at least partially, to improve rail freight conditions in the country.

The Dutch cabinet’s 7,5 billion euros investment targets to improve accessibility to 400,000 new homes that will be constructed in the country up to and including 2030. The government will implement investments in infrastructure for public transport worth 4 billion euros, while a large share of the pie will be allocated to road (2,7 billion euros) and cycling (780 million euros) infrastructure.

In view of the upcoming budget debate of the Dutch Ministry of Infrastructure and Water Management and the multi-annual program Infrastructure, Spatial Planning and Transport (MIRT) committee debate that will take place at the end of November/beginning of December, RailGood and DB Cargo Netherlands did not hold back and highlighted that these billions could also be used in other projects just like enabling the use of 740 metre long trains in the Netherlands.

On her behalf, Nanouke van ‘t Riet, CEO/COO of DB Cargo Netherlands, was also critical to the cabinet’s decisions stressing that they “lack a vision on the sustainable development of the Netherlands by investing unilaterally in public transport”. For Van ‘t Riet, rail freight is left out of governmental plans since the same billions could be used to benefit port and industrial hubs’ rail freight connections which are an integral part of the Dutch economy in contrast to the still unconstructed houses. 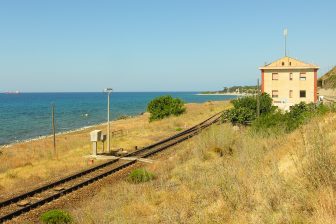