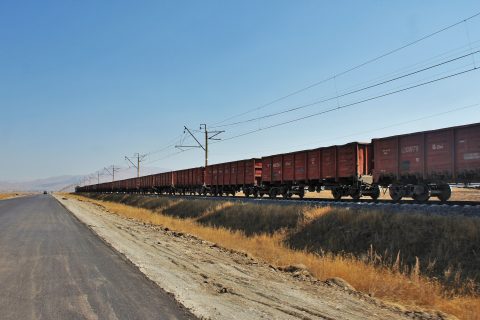 After the ceasefire between Armenia and Azerbaijan, signed in November 2020, the two countries have been discussing the creation of a railway corridor that would reconnect them, called the Zangezur corridor. However, the two countries do not seem to be finding common ground, as recent developments show.

Last week, in fact, the Azerbaijani ministry of foreign affairs criticised Armenia for avoiding its commitment to the Zangezur corridor. What sparked Azerbaijan’s criticism is Armenia’s request for checkpoints to be put on the line. The demand was made public by Armenian Prime Minister Nikol Pashinian on Twitter on 17 October. In his tweet, Pashinian claimed that the proposal of three checkpoints on the Azerbaijani-Armenian border “is being formally circulated for several months”.

The Zangezur corridor and Turkey’s plan

The Zangezur corridor would be quite relevant for Azerbaijan. This is because it would connect Azerbaijan to its exclave, the Nakhchivan Autonomous Republic, and to Iran, via the Syunik region, in southern Armenia. The corridor is part of the railway network, built during Soviet time, that has been closed since the start of the first Karabakh war in 1988.

The reopening of these lines, which includes the Zangezur corridor, has been brought forward by Turkey with the intent of reuniting the Turkic world. Turkey considers this corridor as a solution to the blockade that Armenia placed on Turkey and Azerbaijan as a result of the second Karabakh war in 2020.

Armenia’s struggles to join the INSTC

Armenia is currently facing issues also when it comes to its presence in the International North-South Transport Corridor (INSTC). Russia, gave Armenia an ultimatum that if it doesn’t do its part to lift the blockade with Azerbaijan and Turkey, then it will not benefit from the INSTC.

The INSTC is a project that aims at connecting Russia with India via Central Asia. Russia, Iran and India were the three founder states of the corridor. Azerbaijan, Armenia, Kazakhstan and Belarus are the other most important players involved in the project. One particularity about this project is Turkmenistan’s role, which is not officially a formal member but is likely to have a connection to the corridor.

The situation concerning becomes more complex when considering some rail links that are part of the INSTC between Azerbaijan and Iran that Armenia does not recognise. This is because they are located in the disputed area of Nagorno-Karabakh, which does not belong to any of the two countries officially, but both claim it.