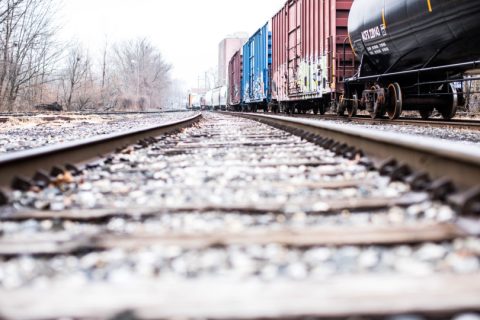 The issue of the transport blockade imposed on Armenia by Azerbaijan and Turkey could prove detrimental to the country’s position in the International North-South Transport Corridor (INSTC) backed by Russia. Alexei Overchuk, the Russian deputy prime minister, stated that Armenia should address the issue, or it could just be excluded from the developing transport links and respective investments.

The mentioned transport blockade on Armenia is imposed by Azerbaijan and Turkey due to the tense relations between the countries that have resulted in armed conflicts like the one in Nagorno-Karabakh in 2020. Lately, Azerbaijani and Armenian forces exchanged fire again without further escalation.

Understandably, the two countries do not have the best relations, which also impacts the development of INSTC. However, Russia seems determined to end instability, at least regarding projects that directly concern it, and sent an ultimatum to Armenia that if it doesn’t do its part to lift the blockade, then it will not benefit from the INSTC.

Armenia and the INSTC

When thinking about the INSTC, Armenia is not the first country to come to mind. First of all, despite Armenia and Iran having a long-established transport tradition, it mainly focuses on road links rather than rail. Even if rail was preferred, Armenia’s border with Iran is closed, making it practically impossible to launch any services.

The situation becomes more complex when considering some rail links between Azerbaijan and Iran that Armenia does not recognise since they are located in the disputed area of Nagorno-Karabakh, which does not belong to any of the two countries officially, but both claim it.

The fluidity of the borders in the region is the main issue currently, which, of course, derives from tense political relations. However, Armenia seems to be left alone in this case, with the Russian ultimatum seemingly putting an end to its aspirations for international trade.

With Turkey as its friend and a good relationship with Russia, Azerbaijan is the country benefiting from the whole situation. As a matter of fact, Russia’s largest rail investment in Iran, the Rasht-Astara railway, will benefit the country directly. In the latest meeting between Russian and Iranian officials regarding the project’s development, delegates made substantial progress with only the final touches remaining to make Russia’s involvement official and the project’s financing options being decided this week.

The Rasht-Astara railway will provide more than just a direct link between Iran and Russia. It will make Azerbaijan a transit country for north-south traffic coming all the way from India, while the country’s logistical position will be further strengthened by a logistics hub that will be built in Astara, right on the border with Iran. When someone loses, someone gains, which currently seems to be the status in the Caucasus region.