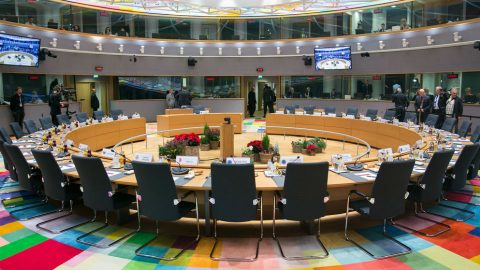 The European Council decided on 26 July to extend the existing economic sanctions on Russia by six months until 31 January 2023. This six-month extension could prolong even more if the situation does not stabilise somehow.

As a matter of fact, the sanctions on Russia have been in place since 2014, with the first armed conflict between Ukraine and Russia during the Donabass war. However, since February 2022, they got extended and reinforced as a response to the war that broke out again on Ukrainian soil.

The rail freight sector should, thus, expect some more months of transit and transport restrictions at best. History shows that lifting sanctions in such circumstances entails long assessment processes and the prerequisite of peace and good will, which seems to be far on the horizon for the time being.

Also read: Is the Russian railway industry facing a crisis?

From another, more cynical perspective, one could claim that lifting the sanctions is also a matter of how far international supply chains and economies can go while restricting engagement with Russian entities and businesses and with Ukraine practically stranded.

With the energy and food crisis looming, the EU could reconsider its position and loosen up against Russia. Yet, this is just a very theoretical scenario, especially when the primary role of sanctions is to respond to life-threatening tactics.

A few days ago, the state-owned Russian Railways officially asked the EU Commission to lift the sanctions concerning the company, claiming that they are violating. RZD was among the first legal entities to enter EU sanction lists just days after the war in Ukraine erupted – specifically on 27 February 2022.

According to the company, the EU sanctions harm passenger rights. “Sanctions aim at limiting the ability of Russian Railways to perform socially significant, humanitarian functions and are discriminatory in relation to the population of the Russian Federation. In addition, they contradict a significant number of norms of international law and acts of the EU itself,” claimed RZD.

On top of that, the company underlined that the EU is contradicting itself by classifying trains as luxury items for Russian citizens on the one hand and positioning rail transport as mass and carbon-neutral for itself on the other.

Concerning the sanctions’ financial character, RZD stressed that not being allowed to raise funds equals a violation of legal principles, which basically translates into a violation of “freely doing business and owning property postulated in the founding documents of the EU.”