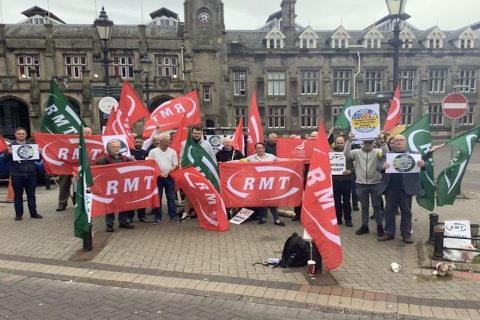 Solidarity with the strike on the UK railway network has been very high on day one. The members of the Rail, Maritime and Transport trades union (RMT) have been picketing depots, signalling centres and stations across England, Scotland and Wales. They have enjoyed the tacit support of other trades unionists, the public at large and political allies – at least for now.

This is first day of three strike days this week, bringing to a standstill rail operations on Tuesday, Thursday and Saturday, with the knock-on effect of severe disruption all week, especially to passenger operations. The strike is the result of an overwhelming ballot in favour of action to support union claims of pay, conditions and job security, particularly at Network Rail, and also at most passenger train operating companies in England.

Bridge over troubled waters echoes to sounds of silence

The great Victorian architecture of the Dron Valley Viaduct has been echoing to the sound of trains every five minutes for more than a century and a half. Today, the normally busy Midland Main Line, which the nationally listed historic monument has carried since 1870, has been eerily quiet.

The early morning aggregates train should have heralded the start of a constant flow of commuter, regional and long distance passenger and freight services, connecting London, Nottingham, the High Peaks stone quarries, the crooked-spired cathedral city of Chesterfield, with Sheffield and points west and north to Manchester, Leeds, Newcastle and Scotland. Only a fraction of those services have disturbed the wooded glade and lineside residents.

Late on Monday evening, talks broke down, which may have averted the strike at the eleventh hour. However, with operators already winding down services, and the public resigned to a week of disruption, there was little expectation of a last-minute deal being struck. The government still steadfastly refuses to engage directly, saying resolution is a matter for railway management. 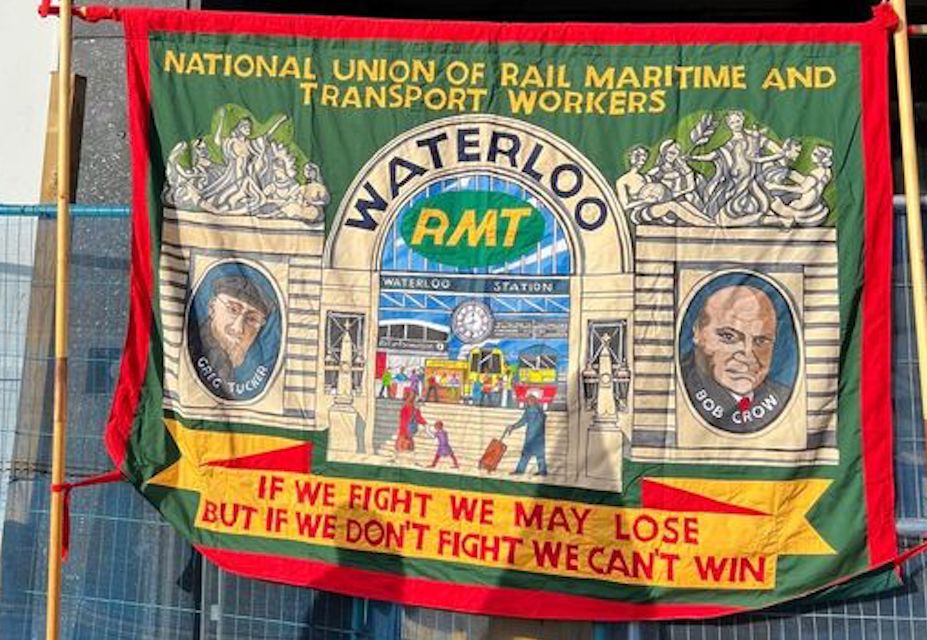 In his address to the cabinet this morning, the prime minister, Boris Johnson claimed that he and the ruling Conservative party still believed in the railways and had much love for them. However his words fell on deaf ears in the English Midlands, as campaigners were bitterly disappointed by news today of refusal of their call for reinstatement of a direct line between Derby and Manchester, which passes though the High Peaks region where those aggregates trains still operate on the freight only northern stub of the line.

Top hat and a red flag

Despite the absence of many signalling staff, there has been no return to the practice of a top-hatted man with a red flag, walking in front of a train restricted to ten miles an hour – as was the practice upon the opening of the Dron Valley Viaduct. However, service levels have indeed been more appropriate to Victorian times. Clearly, predictions of an eighty per cent reduction have been broadly accurate – with both passenger and freight movements radically curtailed.

However, the issue of working practices is a keystone part of the dispute. The unions have been in open warfare with train operating companies over a number of issues, which impact on pay and job security across the network. The unions say that maintaining the career attractiveness of the railway industry is critical to the development of the sector.

The government for their part say they have supported the rail industry during the past two years of pandemic to the tune of sixteen billion pounds (about 18.6 billion euro). With passenger levels still depressed, Westminster has asked Network Rail to make savings of around two billion pounds (2.4 billion euro). That in turn has fuelled a round of cost reductions which the unions say will compromise safety.

In an irony of ironies, there is much ado about a popular rail trade show this week, where all the rail world stages their latest hardware in Stratford upon Avon. Usually famously served by a special shuttle train service, the show has been forced to implement a rail replacement bus service. William Shakespeare is possibly the only person yet to be quoted about this comedy of errors, but he has been reported to say: “We know what we are, but know not what we may be.”