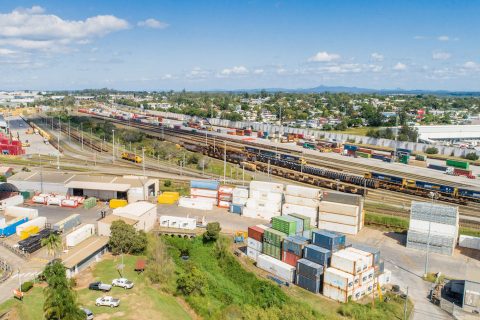 Eurovignette Directive approved, but how does it help intermodal?

After five years of negotiations, the new EU rules on road tolls are a fact. The European Parliament adopted the Eurovignette Directive on Thursday 17 February. However, the new rules mean little good news for the intermodal operator, believes the UIRR.

The new rules will benefit the operators of hydrogen and battery-electric heavy goods vehicles, as they will receive significant toll discounts. Time-based charges will be replaced by distance-based tolling, in order to adhere more to the user pays – polluter-pays principle.

This all looks like a step forward to a greener transport model, you would say at first glance. But according to the International Union for Road-Rail Combined Transport (UIRR), the new legislation introduces unproven policy preferences and increases the fragmentation of the regulatory framework.

According to the UIRR, road transport under the new rules still has a clear advantage over rail in terms of the compensation paid for infrastructure use. “The proportion of road transport’s externalities covered by public budgets will remain high – providing an unjustified subsidy to road transport.”

“The policy preference for hydrogen-powered trucks is scientifically still unproven, while electric freight trains directly powered by renewable electricity from the grid must continue to pay the same track access charge as a train driven by a diesel locomotive”, the industry association says.

“The CO2-based differentiation of applicable road tolls will cement the excessive market share of long-distance trucking, whereby a corresponding track access charging reform has not been enacted.

The UIRR is also critical about the implementation of the time-based tollin system, as Member States may choose to keep vignette-schemes. “Instead of reducing it, the Eurovignette amendment increases the fragmentation of the European regulatory framework of transportation.”

According to the industry body, a single market can not exist where
“local rules, exemptions and scientifically unproven technology choices imposed from above determine the market’s choice for a competitive service such as transportation”.

The Eurovignette directive was proposed by the European Commission in May 2017 as part of its first Mobility Package. The main purpose is to create an incentive for more environmentally-friendly transport modes. The polluter-pays principle plays an important role here. Pollution is considered an external cost of road transport, which the road user has not been charged for so far. It is one of the external costs the industry should compensate for.

After the new rules were proposed, a long period of negotiating followed. In December 2020, under the German Presidency, the Council agreed on the latest compromise proposal. In Spring 2021, negotiations continued under the Portuguese presidency. The trialogue meeting was the last decisive moment, considered a key moment for the final agreement.

In June last year, a provisional agreement was reached. Already then, criticism was expressed from various rail industry representatives. Although the measures were a step int he right direction, they were still far from creating a level playing field for all transport modes including rail, was also the response of the Community of European Railway and Infrastructure Companies (CER).