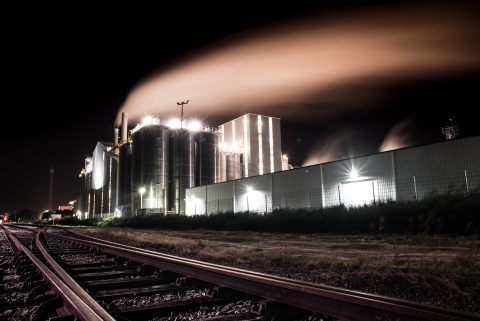 Why energy prices are rising, and how rail can be protected

The rising energy prices are a byproduct of the decarbonisation of transportation. And yet, there are ways to support the industry in this transition. Luckily, some support measures are taken into consideration by the European Commission. The Community of European Railway and Infrastructure Companies (CER) explains how these measures can help.

Electricity prices are skyrocketing. Not only in the transport sector, but across the globe and across all sectors. The consumers are paying the price, and in the case of rail freight, these are the railway undertakings.

Several companies have already voiced their concern over the high prices of traction. The Hungarian lobby organisation Hungrail yesterday warned of higher freight rates as a result, and asked for government support. Other companies across Europe too acknowledged that the price they pay for electricity is seeing a daily increase of 7 per cent. Freightliner in the UK even stopped using its electric locomotives, in order to mitigate the financial strains.

Why are prices rising?

First of all, let us go back to the question why prices are rising. There are two explanations for this, and probably it is a mix of both. Firstly, the pandemic is to blame. The economic recovery after a period of lockdowns earlier this year resulted in a sudden increase in demand. However, this coincides with the increasingly rigid pricing of carbon, under the EU Emissions Trading System (ETS). This policy tool dates from 2005 but is currently being revised, as part of the Fit for 55 package.

The ETS sets a cap on the permitted greenhouse gases that installations can release, while at the same time granting permits to companies for purchasing, or trading carbon units. These permits are reduced over time as an incentive for companies to switch to greener energy sources, which results in higher demand for something that is less available. However, the pandemic and the sudden economic recovery in spring this year resulted in an even higher, unanticipated demand, and thus an ever higher price increase.

All this being said, there are certain sectors that require more, and also certain that require less support in the energy transition. “As a major consumer of electricity rail pays around 500 million euros per year into the EU Emissions Trading System and fully complies with the carbon price in line with the user-pays and polluter-pays principles”, the CER says.

Although it fully supports the ETS reform, it also points out that “lowering taxes and charges for electric traction would help rail to ensure that exactly those transport modes which are dependent on electricity (and which are the most environmentally friendly) are not disadvantaged.” With this, it is pointing towards the Commission proposal to align taxation of energy products, which will trigger relatively higher minimum levels of tax rates for carbon-intensive transport fuels. “Electric mobility such as rail should no longer be penalised. This requires a carbon price for all transport modes.”

Currently, European competition in the transport sector between modalities is distorted by the tax exemption on kerosene, as airlines enjoy a competitive advantage that contradicts the EU climate targets, it continues. “The introduction of an EU-wide uniform kerosene tax is necessary to eliminate the current imbalance between rail and aviation and establish a level-playing field between different modes of transport”, the CER says, adding that until this is not the case, optional exemptions for rail should be granted.

The Commission proposal also provides a transitional period of ten years during which a minimum zero tax rate may apply to sustainable alternative fuels and electricity supplied to aircrafts and maritime vessels. The CER believes that the same should apply to energy efficient railways. In this way, rail gets the proper support during the transition period.

Part of the ETS revision is also that it is expanded to road transport, maritime and aviation, all more polluting transport modes than rail, the CER points out. As a result, the revenues from carbon pricing will be higher, which means more funds to support the more environmentally friendly transport mode rail, it argues.

“In 2019, Member States generated 14 billion euros from auctioning ETS allowances. ETS expansion to road transport could bring in 50 billion euros a year at the current prices. Until now, less than 5 per cent of the revenue generated by ETS and fuel excise duties are allocated for such purposes”, the CER states in its position paper.

CER suggests that at least 25 per cent of the expected revenues from the new ETS should be allocated to further develop the railway system, such as the completion of the TEN-T core network for rail, bridging missing links and removing bottlenecks on the railway infrastructure network in Europe as well as optimising the use of digital infrastructure.

Protecting the most vulnerable: also freight?

However, and that brings us back to the side effect of wider carbon pricing, the cost implications of carbon pricing are eventually felt by the end consumer, and this has also been realised by the European Commission. In order to protect the most vulnerable members of the society, the Commission proposed a new Regulation on the Social Climate Fund to “prevent energy and transport poverty”.

The CER is very pleased with the latter, as this should protect low-income transport users. With this, it refers to vulnerable households dependent on a good public transport service. “It is therefore particularly important to invest the fund in developing public transport and providing a more affordable and attractive offer”, it points out.

But the vulnerable user is not only the passenger. In its position paper, the CER also makes clear reference to rail freight: “The Social Climate Fund constitutes a new financial resource for the development of a low-emission multimodal railway infrastructure and fleet for passenger and freight, both a precondition for delivering the EU modal shift objectives. This will not only deliver climate change mitigation but also major energy savings in the long run.”