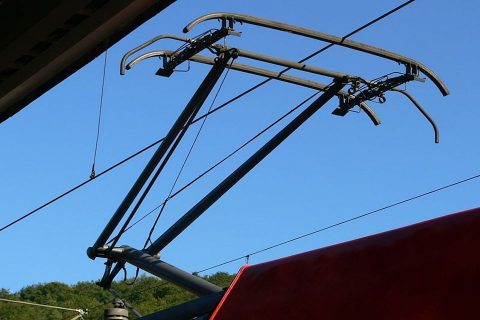 The energy and fuel crisis is currently hitting Europe hard. In the rail freight sector, increased electricity prices gave space even to rumours that companies would stop using electric locomotives. How does this situation affect the industry, and is it something to really worry about?

The topic attracts different opinions as the situation alters according to the energy provision contracts signed in each country. One thing is sure: fluctuating electricity prices can be normal; however, the current situation is unprecedented. Simultaneously, as we transit towards a greener mobility future, maybe this is something that the industry should get used to.

“Last few weeks have been extreme”

To begin with, Railway Undertakings and operators are the most affected by the current energy status. European companies recognise that the rising prices are indeed a problem and a reason for future uncertainty. For instance, LTE Cargo from the Netherlands argued that the prising difference compared to previous years is enormous. Gertjan Boot, head of sales and supervisor fleet at LTE Netherlands, explained that “the last few weeks have been extreme”.

“At some point, there was a daily increase of 7 per cent in prices, which are now relatively stable but still quite high,” he added. To understand the difference compared to previous years, the base price per megawatt/hour between January 2020 and April 2021 was 50 euros. Currently, the price is 131 euros, while a week ago it reached 155 euros.

Lineas from Belgium and Rail Force One From the Netherlands also acknowledge the situation. “Indeed, prices are skyrocketing,” said Peter Dercon, spokesperson for Lineas. “However, our costs are lower than RU’s operating with the heavy industry”, he explained. Rail Force One, which also transports heavy bulk cargo, confirmed this. “If you drive heavier trains, the percentage of energy cost is higher,” said a spokesperson. “Nevertheless, what worries us more is that prices might rise even more next year,” he concluded.

Peter Kiss, CEO of METRANS and Martin Horinek, COO of the company, provided even more insights. “Prices are increasing, but specific offers from suppliers are not yet known. Unfortunately, the liberalisation of traction power purchase in some countries does not work,” they said.

What is the impact?

“No, we would never ditch electric locomotives,” underlined LTE Cargo, while Rail Force One stretched that they will keep avoiding using diesel locomotives. Then what is the real impact, if not a turn to fossil fuels? Financial losses decreased competitiveness of rail, and a shift to other transport modes could be the real problems. As Peter Kiss and Martin Horinek from Metrans explained, “if traction power prices keep rising, this could lead to a shift of goods from green rail to the road since the end customer chooses the mode of transport according to the price offered”.

What do the companies need?

Peter Kiss and Martin Horinek from Metrans continued by saying that collective bargaining is not possible in most countries in Central Europe. “The countries have different ways of purchasing traction power. In some places, it is only centralised through the infrastructure and a single supplier, which is selected by the infrastructure and then charges prices to the operators; in others, the operator has the option of purchasing individually and negotiating the cost himself”.

Problem number one, in this case, is that companies do not have the chance to bargain for collective fixed prices. In the Netherlands, for instance, this results in Railway Undertakings paying almost three times more than the average price. However, there is more than that. The companies need a level playing field since they could overcome the high electricity prices if they had other benefits. “Lower taxation could be a solution,” said Rail Force One. Additionally, reduced external costs would also solve the energy cost riddle.

Specifically, as Peter Kiss and Martin Horinek argued, this issue is becoming more prominent than ever. “ It would be interesting to see how the individual states or the European Commission approach this issue If countries are to meet their commitments to shift goods to environmentally friendly modes of transport. . The railways certainly deserve support in this case, which has never been that strong in Central Europe”.

Is this the new normal?

Despite the situation being quite unstable, unclear, and potentially harmful for rail, other voices claim there is nothing to worry about. In fact, these voices say that this is quite normal. Hans -Willem Vroon, director of RailGood, explained that the rail freight sector is not the only one hit by the crisis.

He said that high electricity prices are partially due to the higher gas prices because that is how the market works. More importantly, though, they are a side effect of the transition towards green energy sources. “Moving forward from traditional means of energy production, like nuclear power, is costly,” he explained. Greener sources require money, and transportation will become more expensive unavoidably. “This is the reality. We need to go with it if we want to reach our green goals and move to sustainable mobility. We can’t buy the cheapest fuels and be sustainable at the same time,” he concluded.