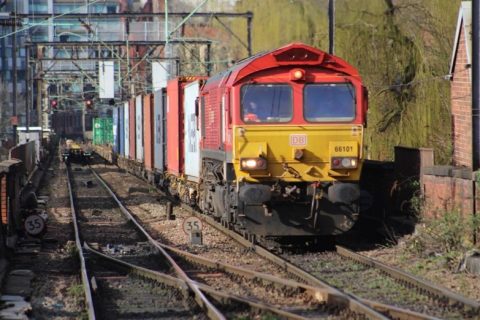 Speed, capacity and connectivity issues are all holding back the economic fortunes of the North of England. The North is still in the slow lane for rail-based interconnectivity, said Tim Wood, the Northern Powerhouse rail director at the Transport for the North (TfN) at its annual conference.

He compared the congested M62 motorway, which links TfN headquarters in Manchester with Liverpool and Leeds, as the slow lane to economic growth in the twenty-first century. Having waited over a year and a half for the UK government’s integrated rail plan to be published, he questioned the progress on London’s stated intention to ‘level-up’ – an exercise in bringing the economic performance of the North in line with the booming South East and London.

Industry and government backing for development

Referring to this week’s Railway Industry Association sponsored report, published on Monday and reported here, Wood said the economic benefits of rail were clearly established. “We have just seen the latest information coming from the Oxford Economic Review that for every pound spent in rail, there is two pounds fifty coming back in terms of the gross value added”, he said.

Making reference to historic cutbacks, and the notorious Castlefield Corridor bottleneck through central Manchester, Wood added that the problem in the north of England is a lack of capacity. “We see freight trains trundling through Manchester Piccadilly. That is just not right in the twenty-first century. We see Bradford and Leeds eight miles [13 kilometres] apart and twenty-odd minutes on a train. That just cannot be right. Quite frankly we are still in the back lane.”

We need London to believe in us

Representing local government in the region, Mayor Tracy Brabin of the West Yorkshire Combined Authority (the community hosting the meeting in Leeds) said there was a great opportunity for transformational change resting on the shoulders of the government in London. She backed up Tim Wood, by noting that eighty-eight percent of journeys between Leeds and Bradford were made by road.

Mayor Brabin said that by far the most carbon-intensive phase of rail development was in the initial construction and that the overall emissions burden had to be considered within the context of the 120-year lifespan of the infrastructure. “We just need [London] to believe in us and to give us the power and the money to deliver. We have proved we can deliver on time, on budget. We just need the political word from the government.”

Maggie Simpson, director general of the Rail Freight Group, made the strongest case for linking economic development in the North with development and a shift to rail freight. She put the long-term benefits into perspective by addressing current issues facing the regional, national and global economies. “We have seen the supply chain challenged in the last two years”, she said. “Everything from toilet rolls, to carbon dioxide, to semiconductors, to the current demand for natural gas. How can we help minimise the impact on the global scale if you are today an exporter sitting in Manchester and you wish to send your goods away but you can’t find an HGV [truck] driver?”

Simpson said that options for transport by rail were limited. With the rail network at capacity and further expansion proposals stalled, inefficient road transport was the only option available. Simpson did however say that efforts were being made. “To help decarbonise freight, Transport for the North themselves have been doing some groundbreaking work on rail logistics, exploring potential for the region to help businesses do better.”

While both the national infrastructure agency Network Rail, and the company delivering the new railway between London and Birmingham – HS2 Limited – claim their part in progressing the cause for rail freight by installing more capacity overall, such as the recently completed signalling upgrade which serves the Castlefield Corridor, Simpson says there are fundamental issues that need a step-change in attitude and investment to put the North into a position of rail-based commerce – a state of affairs that existed in the early part of the Industrial Revolution, and would, in itself be just as revolutionary.

Simpson identified what she sees as the key issues. “I don’t want to see freight trains trundling through the Castlefield Corridor, either”, she said. I want to see them coming through at line speed. Can we look at choices of how we move freight across the region in a pragmatic and sensible way. How can Transport for the North help other devolved and subnational bodies, because freight is not measured at local level. These are global supply chains, and we need to look quite rightly and properly at what we do in this region to improve transport for the benefits of all users.”

Transport for the North have made their Annual Conference available online. As the powerhouse of the Industrial Revolution, the North of England very much shaped the modern world. It did so on the back of the first rail network. If the area is to be revolutionised again, then it is to the technology of the railway that the region looks to again for the way forward.