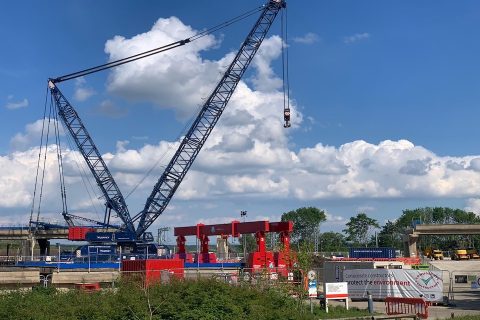 UK’s Rail Industry Association has called on the government in London to make some critical decisions before it takes its summer recess at the end of next week. It says the UK government has ten days to avoid a “summer of uncertainty” for the railway industry. The body has identified three key policy areas, where it says the industry needs clarity quickly.

With less than two weeks to go before the UK parliament goes into recess on 22 July, the Railway Industry Association (RIA), which stands as the voice of the rail supply community, has urged the UK government to publish a number of rail investment strategies. The RIA is keen to avoid what it calls a “summer of uncertainty” for rail businesses. They want the government to provide a degree of certainty that will let industry plan for the future, rather than be held up at red signals for the next two months.

An update on government plans

“With the House of Commons rising for the Summer recess on 22 July 2021, the Government has three key strategies that are vital to providing certainty for rail businesses”, claims the RIA. Before the lower house of the parliament rises, they want to see an immediate publication of the “The Rail Network Enhancements Pipeline”, a list of sanctioned, planned and proposed rail infrastructure upgrades, which they say has not been updated in more than a year.

Also as a nationwide matter, the RIA also wants to see The Transport Decarbonisation Plan, setting out how the Government plans to achieve a Net Zero transport sector by 2050. Thirdly, the RIA turns to the Integrated Rail Plan for the Midlands and North. They say the industry and the region needs an update on Government’s plans for projects like HS2, Northern Powerhouse Rail and Midlands Rail Hub.

Speaking on Monday, Darren Caplan, the chief executive of the Railway Industry Association, said that there was great appreciation within the rail industry for the support the government has given over the past year and a half. He said it had helped allow Britain’s railways to move key workers and resources around the UK, and support the economy, during the pandemic. “However, as we emerge from pandemic restrictions, rail businesses currently have little visibility of the government’s investment plans, impacting their ability to plan and invest in skills and capability for the future.”

Going on, Caplan, referred to the Rail Network Enhancements Pipeline – a list of upcoming rail upgrades, which they say the government promised to update annually – and has not been published for more than 630 days. “Similarly, we are yet to see the Integrated Rail Plan or the Transport Decarbonisation Plan, both of which are vital in setting out government’s priorities for rail projects across the UK”, he said. “With only 10 days until parliament rises for Summer recess, RIA and our members urge the government to avoid creating a ‘Summer of Uncertainty’ for rail businesses and to publish these long-awaited strategies. By doing so, the sector will be much better prepared to support the economic recovery from Coronavirus, and boost green jobs, investment and economic growth across the country.”

The RIA claims over 300 companies in membership in a sector that contributes GBP36 billion (almost 40 billion euros) in economic growth and GBP11 billion (12.2 billion euros) in tax revenue each year. The sector employs around 600,000 people, they say. The UK parliament returns after Summer recess on 6 September.